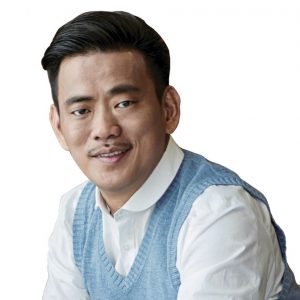 Voicing Out for Unsung Heroes

Dato’ Sri Gavin Tee’s love affair with travel and tourism began as a teenager in his kampung and culminated in starting a newspaper to promote tourism in Malaysia.

When it comes to promoting Malaysia to the world, there are many unsung heroes. One of them is Dato’ Sri Gavin Tee who started his promotional activities as early as age 15. From his small kampong in Muar, Johor, he started organizing tours to various parts of Malaysia, partly to get a free trip himself.
It wasn’t just because he loved travelling but because he instinctively knew that tourism activities could be a source of income and hence a valuable economic activity that can reap financial rewards.
From exploring his kampong in Muar, he progressed to various states in Malaysia, doing door-to-door selling and criss-crossing the entire peninsular. It was while staying in the various towns like Georgetown, Sitiawan, Sungai Petani and Melaka that he realized he enjoyed experiencing the local life. From the age of 19 when he was based in Canada and the United States, he continued to write about the beauty of North America and how tourism in the US and Canada can benefit a country. As an overseas correspondent to several major Chinese newspapers in Malaysia, he indirectly promoted Malaysia through his articles.
Despite getting job offers and an opportunity to emigrate to the US, he declined and returned to Malaysia after seven years in the States. He realised that he loved Malaysia and wanted to help build it,
Gavin immediately went on damage control mode and toured many cities in China to try to correct the perception by talking to the media and the public. “It was very tough at the time,” he shared.
He even wrote to the Malaysian government to propose how to repair the damage but there was no response.
It was then that he realized there were a lot of people out there who loved Malaysia and were doing their best to promote the country but were not recognized or being listened to.

Partly because of this. Gavin decided to start Property People & Places paper to be a platform for these people to air their views.
“They are the unsung heroes; they are not in the list of corporate or government committees, not involved in any campaigns or have good connections but are quietly making their best to make a big impact in this industry.
“YES is the realization of my dream, started many years ago, to be a platform, in print, digital and video, to give people like me a chance to more effectively promote the country and deliver the message to the people in power.” he said, concluding the interview.

Once back home, he was raring to participate in nation building and so took part in many activities such as reef conservation in Terengganu. He even wrote to the prime minister, Dr Mahathir Mohamad (as he was then known) for a meeting to propose how he could help to promote the country to realise the former’s Vision 2020. To prove his willingness to contribute, he even offered RM1.000 for every minute that he was allowed to talk to the prime minister – and he didn’t care if he’d exhausted all his savings doing just that.
[rml_read_more]
The international speaker believed that Malaysia could become a globalized country one day and its beauty would be known and appreciated throughout the world. He even got involved in a movie production to promote Malaysia to the world.
Even after he had made it in the property industry, his dream was still to continue promoting Malaysia. Eventually in 2012, he decided to embark on a world tour to promote Malaysian property and tourism, using his own funds of RM2 mil.
From Tokyo, Taipei to major cities in China, Australia, the Philippines, Macau and many more cities, he gave presentations about the beauty of Malaysia. It was then that he realized many foreigners had not even heard of Malaysia and some did not have a good impression of our country.
“But after they heard our presentation, their perception changed and they started to develop an interest and liking to Malaysia,” he told Property People and Places in an exclusive interview recently.
Unfortunately, two years later in 2014, tragedy struck which practically undid much of his work. The MH370 and MH17 incidents cast a pall on the country and the world’s perception towards Malaysia turned negative in the blink of an eye.