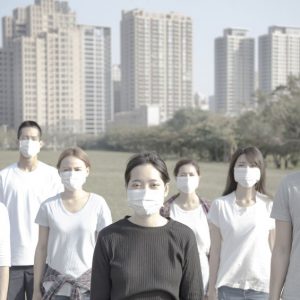 Just when we thought the Covid-19 outbreak may be subsiding, news of the first deaths in the United States and Thailand from Covid-19 poured in. The two countries had their first fatality from the fast spreading disease. Just days prior, Italy, Iran and South Korea saw huge jumps in the number of infected people. Fatalities have also climbed up. This triggered the World Health Organisation’s (WHO) revision of the status of the outbreak to the highest level of alert with potential of a pandemic.
So, it’s official that Covid-19 is now a potential pandemic that is spreading so fast that we hear of new countries being infected almost on a daily basis. One of the biggest fears is that Southeast Asia, in particular, less developed countries like Indonesia, Myanmar, Cambodia, Laos and Brunei which to date had not reported any infections might be a ticking time bomb, with hundreds, maybe thousands of undetected cases. This is due to their lack of detection equipment and facilities, and inadequate preparation.
Meanwhile, the developed countries are not faring much better. Some scientists believe that half of the infected people might have gone undetected even with sophisticated detection equipment. This is due to many cases being asymptomatic (not displaying any symptoms) and the long incubation period of up to 27 days when symptoms might not be obvious.
Some scientists even believe the first reported death in America might be the tip of the iceberg. Quite clearly, Covid-19 is not going away anytime soon.
Expectations that it might go away in summer, from May onwards might be a bit too optimistic given the increasing number of countries joining the list of infected countries with a corresponding rising number of deaths. Alarmingly, some experts have also dismissed the notion that hot weather will kill the virus.
At the time of writing, on 2nd March, the number of infections globally has topped 90,000 across 60 countries killing more than 3,000, with majority of those in China. The only good news is that the rate of infection and death in China has slowed down, thus giving hope that the outbreak is under control in China.
Similarly, the number of infections has slowed down in Malaysia with zero new infections on some days. However, the optimism might be premature seeing that international borders are porous and at the time of writing, news came that several new confirmed cases have hit Malaysia.
Furthermore, there is news that some recovered patients in other countries have caught the bug again. Despite lockdowns in the hardest hit cities and provinces around the world and the banning of flights and nationals from severely affected countries like China, South Korea and Iran, the fact that the outbreak is spreading very fast worldwide is cause for alarm.

Recovery in May?
If the outbreak persists beyond end May, the global economy would be very adversely affected. When news of the outbreak hitting America came out, the Dow Jones Industrial Index plunged to a nine-year low on 27th February sparking concerns that this might be the trigger for the end of the stock market bubble in America.
Asian stocks also saw its worst hammering since October 2018 on the last Friday of February on news that the number of infections has exploded outside of China. Analysts have predicted a 10% downside risk with some predicting that the market may only return to normal if there are some positive news from Japan and South Korea in the next few weeks. Meanwhile, oil prices have dived to below USD50 per barrel accompanied by the fall in prices of other commodities.
If America’s stock market bubble is on the brink of bursting and China’s growth is slowing down, it doesn’t take a rocket scientist to figure out that the world’s economic growth will fall in tandem.
The worst part is even though the rate of infection and death might slow down, the damage has been done. Any remaining shred of optimism has been dashed and it will take a few months for sentiments to recover. That means investment will be slow; there might even be a lot of retrenchments and bankruptcies coming up.
The global economic loss from severe acute respiratory syndrome (SARS) amounted close to US$40 bil in 2003. In February, analysts have forecasted that the global economic growth in 2020 would be reduced by 0.2% to 0.3% due to Covid-19.
But that was before the first Covid-19 death was reported in America and the exponential rate of infections (and deaths) in Iran and South Korea became known. That drop in GDP is now expected to be considerably more and the US$40 bil loss in 2003 will be easily surpassed by a few times.
China’s contribution to global economic growth in 2019 was almost 40%. Imagine if that contribution is markedly

reduced for the 1st half of 2020. SARS had only claimed about 800 lives against 8,000 infections globally. In comparison, Covid-19 has to date killed about 3,000 patients out of a global tally of 90,000 infected people.
Worst Case Scenario
In a worst case scenario, the world might be seeing a prolonged outbreak that doesn’t have a cure, and continually increasing infections and deaths. At this point, no one knows the real final tally. The numbers have exploded and the entire world is in unknown territory.
One expert even predicted that 40 to 70 percent of the world’s population could become infected (though they won’t all be sick). That’s almost 4 billion people on average! Can the world cope?
In a worst case scenario video as predicted in a simulation done before the virus outbreak based on a virus that can be transmitted airborne, the following were projected to happen:

The crucial difference is that the simulation uses a virus that can be transmitted airborne while Covid-19 is currently known to transmit only through droplets and through touching the infected droplets. But who knows – it is not inconceivable for the virus to mutate into one that can be transmitted airborne. Note that No: 2, 3, 4 and No: 6 above are already happening.
Malaysian Scenario
[rml_read_more]
In the first few days after the outbreak was reported in Malaysia, hotel cancellations topped 96,000 while the total loss for the tourism industry as of 15 February is estimated at RM6 bil. All tour bookings from China at Resorts World Genting and at Awana Hotel have been cancelled for February. For the first time in its history, Genting Highlands looks quiet in contrast to its bustling ambiance previously.
China is Malaysia’s third largest source of foreign tourists after Singapore and Indonesia, representing 12% of

Will the stimulus package help?
It depends on how long the outbreak drags on. Experts have already weighed in and advised all countries to prepare for a pandemic and to implement mitigation measures like closing schools, preparing hospitals and redistributing medical staff as needed.
Malaysia’s relatively low rate of infection – 36 confirmed cases as of 3rd March and no fatality so far, results in a tendency to be over-optimistic and even complacency. On the ground, over 90% of Malaysians are not wearing face masks (a good thing as face masks should only be worn by those who are sick to prevent infecting others).
The worry is that the rate of infection might take a turn for the worse; if this happens, the fallout will impact the entire economy very severely.
The government then will have to implement more measures such as further lowering interest rates, granting free visas to Indian tourists, double tax deduction for local companies which send their staff to meetings, incentive tours, conferences and exhibitions (MICE) events, and diversifying further the source market for foreign tourists.
In the near-term, the government is encouraging domestic tourism, with a fair to be held on 4 – 5 April. The MATTA Fair Cuti-Cuti Malaysia was swiftly organised to promote domestic travel, said the Malaysian Association of Tour and Travel Agents (MATTA) President Datuk Tan Kok Liang. The annual MATTA Fair meanwhile has been postponed to May.
The ministry has also identified countries in the Middle East, and South and Central Asia as new potential markets, as well as Europe. There is also a possibility that the VM2020 campaign will be extended until middle of next year.
Perhaps, with these measures, the initial target of 30 million tourist arrivals and RM100 billion tourist receipts for VM2020 can still be achieved.