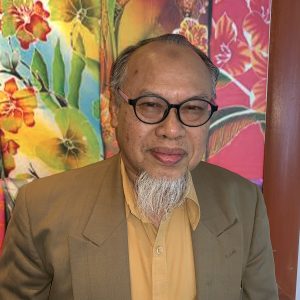 GLUT GETS WORSE FOR HOTELS & AIRBNBS

Hotel Oversupply
One of the biggest challenges for the Malaysian tourism industry is the oversupply of hotels, an issue which has been ongoing for some time.
According to Tourism Malaysia, by the end of this year, 10 new hotels are slated to open up nationwide:

Existing hotels are already feeling the pinch with average occupancy hovering below 60% and several hotel owners planning to close down some branches.
“In the last 3 years, occupancy rate of hotels has been hovering at less than 60%. With non-registered rooms offered at platforms like Airbnb and other Online Travel Agents (OTAs) such as Agoda added in, there is definitely an oversupply of hotel rooms especially in the cities,” Shaharuddin M Saaid, Executive Director of Malaysian Association of Hotel Owners (MAHO).
In recent weeks, press headlines have brought home this message clearly:

The consequences are predictable; revenue of hotels is affected across the board. Kuala Lumpur recorded the lowest revenue per available room (RevPAR) among key ASEAN cities as of May 2019 despite the rise in travellers, according to a survey by MasterCard Inc.

Despite the high tourist volume in KL, tourist arrivals to the country has been stagnant for the last 3 years. This has affected occupancy rates of hotels as many travellers preferred to stay at Airbnb registered premises.
Airbnb alone reportedly has 53,000 listings as of July 2019 which can easily reflect a room inventory of at least 100,000 rooms (assuming 1 or 2 rooms per unit). Airbnb reported that for the period between July 2018- July 2019, they had received over 3.25 mil guests for Malaysian premises generating RM3 bil in revenue.
As a result of the mushrooming of Airbnb offerings, hotels especially 3-star and below have been experiencing low occupancy rates some states like Melaka, Terengganu and Sarawak have recorded low occupancy rates of 50% and below.
“With stagnant tourist arrivals and no significant number of high income tourists, it has been difficult for 5-star hotels unless they are able to secure good Meetings, Incentives, Conferences and Exhibitions (MICE) business and business market segment guests,” the veteran MAHO Executive Director opined.
Going forward, Shaharuddin said the problem of oversupply will remain but fortunately, the government is taking steps to address it. “The government is mulling implementing rules to regulate these non-registered accommodations in 2020. Otherwise, the registered hotels especially the 3-star and budget categories which compete with non-registered accommodation premises will continue to suffer.”
[rml_read_more]
The hotel owners spokesman added that non-registered accommodations are benefiting from the RM10 per room per night Tourism Tax from foreign guests which registered hotels have to comply with.
However, he conceded that during high seasons when there aren’t enough rooms in the cities or in rural areas, Airbnb or homestay accommodations can help fill up the gap. “But the business operations must be registered to ensure that they contribute revenue to the government and are regulated and subject to enforcement to ensure their operations are of a high standard.”
Tourism Malaysia director-general Datuk Musa Yusof has recently announced that the task force on short-term residential accommodation, Airbnb, will announce its decision by early next year.

Distribution of Rated Hotels in Malaysia

Note: A single accurate statistics on hotel stock data currently is not available as the data by MOTAC, Tourism Malaysia, NAPIC, the Statistics Department and the Customs are all different.