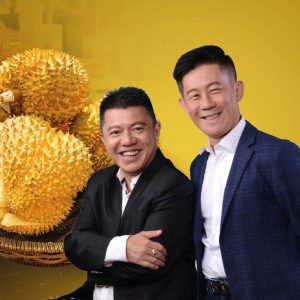 Without a doubt, with the Movement Control Order (MCO), which then moved along into the Conditional Movement Control Order (CMCO) being lifted, life as we know it, will no longer be the same. This is true for all businesses including real estate that have all been badly hit by the pandemic and the resulting lockdown. Therefore, the pertinent question arises of where to park dollars in a relatively safe haven post MCO and CMCO, with the Recovery Movement Control Order (RMCO) already in place. Perhaps the time is now ripe to turn to agriculture with its attractive viability in providing a rich harvest of bountiful returns both in terms of feeding the population and sustaining the economy.

“Malaysia also has the advantage in terms of the tropical altitude of its weather with an abundance of rainfall with vast tracts of undeveloped land whilst being equipped with original fertile soil, an abundance of sunlight throughout the years plus the absence of major earthquakes, typhoons and droughts,” he adds.

The partners however, point out that high entry barriers have always been a challenge, halting involvement in the business as the requirement are huge in terms of land costs, cost of operations before yields can be realised as well as the added need for technical know-how besides the required knowledge on how to market the crops after yields. That’s not forgetting the time and passion required by stakeholders to work under the hot sun while patiently waiting for their crops to yield a bountiful harvest.

“For the business to become viable and successful, this requires the concerted involvement of above 1,000 acres of agriculture land in order to achieve an optimal economies of scale. Therefore, only large corporations such as Federal Land Development Authority (FELDA), Sime Darby Plantation Berhad and IOI Corporation Berhad (IOI) Group – backed by huge capital intensive funds can continue being involved in this business that is able to provide them with stable and long term gains.

Even the People’s Republic of China is a good example whereby the Government has encouraged their farmers to do large scale planting utilising machinery and technology while continuing both research and development efforts for better yields in order to sustain their country’s food staples.

Aware of the huge investment potential surrounding the business of planting Musang King, the astute partners have designed a business concept of “Resource Sharing With Equal Prosperity” to promote their vision of building a large scale agriculture business in Malaysia with the objective of enabling everyone who wants to get involved in this long term and stable business to have the opportunity to do so.

Under the business concept of “Resource Sharing With Equal Prosperity”, the company directors are grouping all the idle resources available such land owners who have no economic idea on what do to with their fertile land; farmers with good experience and passion but have no opportunity to work on a large scale; retired researchers or technical experts who have good knowledge but have no place to work; traders with good knowledge of the market place but have no direct access to the upper supply chain; and potential investors who wish to venture into this business but do not have enough time or knowledge to get started and can only afford a minimum capital to cover the actual planting and operating costs before yields but not land costs.

“With this ‘Resource Sharing’ (concept), we are able to mitigate all the main entry barriers and are able to enter into this industry on a large scale under a “Joint Development” programme. However, this programme isn’t similar to those available in the market but instead, is a “Joint Development” concept based on joining different resources required for agriculture purposes under the same umbrella in order to achieve greater economies of scale.

However, in order to achieve greater economies of scale, the “Joint Development” partner can appoint an approved contractor comprising planters, technical experts and traders to do all the

planting and operational work based on actual costs and subsequently, to market all the yields on their behalf with no additional fees except after yields in order to share a certain percentage of profits due to the contractor based on their work done.

Through the “Resource Sharing” concept, all stakeholders under the Joint Development programme is able to enjoy easy entry into the business while achieving greater economies of scale with “Equal Prosperity”.

Working On The Musang King Dream

Since 2015, under the leadership of Teng, the company has been involved in the trading of fresh Musang King durian pulp and other durian related products whether locally or for export to Asian countries such as Singapore, Hong Kong and the People’s Republic of China.

“Most of the time, we have to rely on durian orchards belonging to our partner while also collecting Musang King durians from other small orchards nearby to sustain market demand. However, we realised that access to supply from other small orchards was getting more and more difficult especially for good grade Musang King durians as most of the fruits were already either contracted by China’s traders directly or the other orchard owners themselves had reserved the fruits for their own direct export especially since the China government had approved the direct export of frozen durians directly into China.

Statistics have shown that the annual consumption of durians in China – whether it is Malaysian or Thailand durians has reach 350,000 tonnes – a figure which exceeds the annual production of all durians in Malaysia including Musang King. Even Thailand’s traders have started sourcing for Malaysia’s durians – especially the Musang King to cater to the demand of their existing buyers who are demanding for Malaysia durians instead of those from Thailand.

“Therefore, this is the right time to venture large scale into this business in order to continue being relevant in this business, especially the planting of Musang King,” shares Wong.

In fact, the potential has long been identified by the group with Lee Peng Fo, Ega’s Group Chief Plantation Officer overseeing the plantation of Durian Musang King orchards across 300 acres in Sarawak since 2018. Currently, the group has taken to planting Musang King at its new site at Mukim Kelatong, Kuala Rompin, Pahang following its foray into this venture since 2019.”

Mainly focussing on the planting of the Musang King durian of the D197 variety, the plantation area is located at the south tip of Pahang and is spread across Mukim Kelatong , Kuala Rompin and Pahang Darul Ehsan – with a total plantation area covering 2,000 acres.

Keen on becoming a partner in this amazing business venture? Those interested to consider joining as “Joint Development” partner to co-develop the Musang King Durian planting business can contact:
Esther Chuah at 017 648 9813 or Lian at 012 663 4631.

1. Pre MCO and pre CMCO, investment in real estate typically yields about 6% to 8% returns per annum with capital appreciation over 16 years multiplying around three times that of the original investment. Therefore, the total rate of returns over 16 years for both rental returns and the value of appreciation could be about 4.5 times of the original investment (assuming there is no borrowing costs).

However, if the same amount is invested into the agriculture business of planting durians for the same period of 16 years, in comparison, the returns can be higher with an average of 10 times the original investment. The problem why so many investors miss out on this opportunity is due to the entry barriers that we have mentioned above.

2. With the post MCO and CMCO experience, investors should now consider new portfolio investments that are still related to land bank such as the agriculture business like durian planting which is free from MCO and CMCO risks.

3. As observed, during the MCO and CMCO, the agriculture business still continued on as usual whereby trees would still continue bearing fruits while the durians could be marketed online for continued income.

4. Furthermore, now with the progress in technology, Musang King durians can be frozen with a shelve span of at least one year in order to maintain its supplies.

6. Technology has made Musang King become more than just a fruit – with technological advancements making it possible to preserve and ship or fly Musang King durians for a long duration to countries abroad.

7. The planting of Musang King can be combined with tourism, with agriculture tourism opening another form of attraction and money spinner as a tourism eco-system generator.

8. Tapping into the abundance and rich resources Malaysia is greatly blessed with while assisting in generating the local economy and sharing the aroma of Musang King durians with the rest of the world.