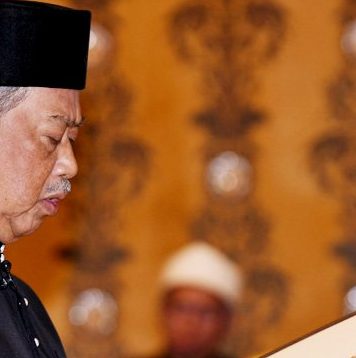 Winds Of Change – For Better Or Worse?

Malaysia is in uncharted territory after a new government took over – for the property market, expect the worst while tourism may still get by, that is if the virus outbreak subsides

In the last week of February, Bursa Malaysia plunged to its lowest level in 10 years following the infamous “Sheraton Move” that precipitated the collapse of the Pakatan Harapan government. Nearly RM91 bil was wiped out from the local stock exchange in just one week.
The stock market says it all – it is the barometer of investors’ sentiment. A week after the infamous “Sheraton Move” – meeting involving leaders from Bersatu, Barisan Nasional, breakaway group from PKR, PAS, and Gabungan Parti Sarawak (GPS) on Feb 23 at Sheraton Hotel, which brokered a deal to form a new government – the stock market is still reeling from uncertainties over the future of the new government.
This is made worse by the Covid-19 outbreak which saw new infections in Malaysia as well as a jump in the number of countries seeing new infections and deaths. The world is at the brink of a pandemic that some scientists predict could potentially affect half of the world’s population.
But in Malaysia, this means nothing to some politicians. Jostling for power and position ala Game of Thrones Malaysian-style took centrestage. To them, seizing power from a democratically elected majority government is paramount. Many reasons were given to justify the action but underlying them are the same motivations – greed for power and money, never mind if the citizenry suffers.
As it is, before the power struggle, Malaysia’s economic performance has not been stellar and the ordinary folks are burdened with high cost of living (relative to their income). And then the virulent virus came along and threatened to worsen immeasurably our economic well-being and health.
Can the new government make things better? If they can, we welcome a new administration which can lift up the living standard of all Malaysians and make Malaysia an advanced nation, known for stamping out corruption, racism and religious extremism. Because that’s what most Malaysians voted for two years ago – a New Malaysia that embraces diversity, equality, justice and harmony.
If the new government can prove it can do a better job, why not? We will throw our full support behind it. We know that past performance is not indicative of future results and that everyone deserves a second chance. We will forgive party hopping and changes in allegiance if the outcome is beneficial to all, and ‘all’ includes all Malaysians.
So, we say CONGRATULATIONS to newly-appointed Prime Minister Tan Sri Muhyiddin Yassin.
Meanwhile, here is our outlook for both the tourism and property sectors:
Impact On Tourism
Minimal – tourists will still come notwithstanding the political turbulence unless it degenerates into riots or life-threatening situations. Take Thailand for example.
Impact On Property Market
Huge – confidence is at an all-time low. Few will be thinking of buying big-ticket items; in fact some may even be thinking about migrating to other countries. Before the virus outbreak, we were hoping that the economy will be back on track to recovery by the 3rd quarter. But with the instability and poor sentiments caused by the political uncertainty,  we expect recovery only from the 4th quarter and this is subject to many unpredictable factors.

To cut the story short, no one knows what’s going to happen to Malaysia. We are in uncharted territory.
But one thing’s for sure, there are still many Malaysians who will fight for a better tomorrow. They are our hope for the future.