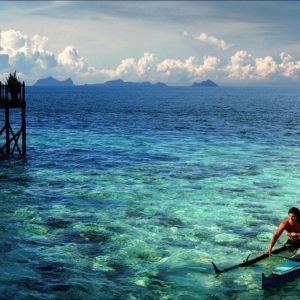 Stagnant tourist arrivals means we are left behind amid an unprecedented tourism boom in the region led by the Chinese Mainlanders, Indians and Southeast Asians.

While Malaysia’s neighbouring countries like Thailand, Cambodia, Vietnam and the Philippines experience a boom in inbound tourists, Malaysia can’t seem to get into the swing of things. Perhaps, it was the 2014 double whammy of the MH370 and MH17 Malaysian Airlines incidents, but things just never quite got back to their feet.
Winter came and never seemed to have left.

WILL VM2020 BRING BACK SPRING TIME?

Since the last Visit Malaysia Year in 2014 when arrivals were at its peak, the figures have since plateaued. See Table below. During this period, the great Chinese overseas travelling boom was in full swing. An estimated 150 mil Chinese were travelling overseas to all parts of the world.
It’s predicted that the figure would double within the next decade as the percentage of Chinese citizens with a passport increase from 10% to 20%. Barring any travelling restrictions by the Chinese government, these numbers mean that the Chinese form the biggest number of tourists in the world.

HOW CAN MALAYSIA TAKE ADVANTAGE?

Before we find the solutions, we need to know what ails the industry. MATTA President, Datuk Tan revealed that there were multiple reasons why arrivals fell and remained stagnant. Politics was one of them. “There is just too much politicking in Malaysia,” he said citing the drop in arrivals from Singapore between 2016 — 2018. Dato Sri Gavin Tee, President of Swhengtee Group, agreed citing how recent months have seen much rhetoric against minority races in Malaysia and foreigners. “This has tarnished the image and branding of our country.”
In the intervening years after Petronas Twin Towers were completed in 1996, successive countries have built the tallest building with each one outdoing the previous one. Hence, this type of superlatives in built structures are only good for a limited time and then would be outshone by others.
[rml_read_more]

“On the other hand, our natural resources such as rainforests have remained with us for at least 130 million years and are here to stay (if we don’t destroy them). Our beaches, islands, jungles, waterfalls and mountains are free to visit. The fact is Malaysia’s natural resources and multicultural setting in terms of dressing, food and languages are national treasures that are our biggest tourist attractions, “Tee shared. The international speaker continued: “We don’t need billions of ringgit to attract tourists, all we need are good branding and public relations, and effective promotion around the world via the digital platform. We only need to promote our free natural resources, food, rich and diverse culture and nature, and beautiful people.”
They can be done at a very low cost but yet we can beat others because we have the best.” Tee lamented that the promotional activities to attract foreign tourists are not aggressive enough or well-planned. “To date, we have not seen very big efforts — our plan has to be impactful, and involve big changes, for example, relaxation of visa requirements.”
“When there is no growth, it means we are falling behind compared to neighbouring countries like Thailand, Cambodia. Vietnam and the Philippines which are growing very fast.” Tee echoed what many in the industry have felt for a long time. Says Prof Anthony Wong, Managing Director of The Frangipani Langkawi Resort and Spa Hotel: We need more budget for greater impact.”
Wong added that the small increase in tourism arrivals in recent years was due to low cost airlines Malindo Air and AirAsia using Malaysia as a base. As a result, we see many regional markets coming to Malaysia. The budget airlines are playing an important role in developing our tourism industry,” he acknowledged.

Tee, who loved travelling since young, also said the tourism sector holds the biggest potential for the fastest result to stimulate the economy without having to build mega projects or infrastructure. Tee hoped the budget allocation of RM1.1 bil for VM2020 can have a multiplier effect “although in the past, people didn’t feel or see any allocation relevant to them.”

Tee further said Malaysia is coming back into action to compete with its neighbours. “There is a lot of hope that VM2020 will not be a repeat of VM2014 when there weren’t much results. We hope it’s not just purely promoting the beauty of Malaysia but an overall rebranding and rebuilding campaign.”
In short, he hoped the ‘crisis’ in the tourism industry is a wake-up call for all to get down to the business of stimulating the country’s economy through impactful campaigns.
“A tall order indeed but I hope VM2020 can achieve what the previous Visit Malaysia Year campaigns weren’t able to do — to showcase our competitive edge and recapture the market share we lost to other countries.”