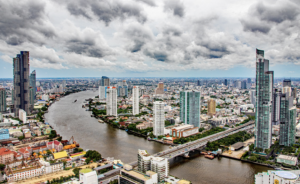 Some markets are booming while others indicate a lot of potential even during a pandemic.

The Coronavirus pandemic is impacting the various asset classes differently but one asset class that is rising faster as compared with other asset classes is real estate. In the latest market analysis of YTD asset risk return ratio by Goldman Sachs, real estate stands out with 2.6% return for global investors. Real estate will continue to stay on in global investors’ radar since it is the new global currency.

The American economy last year may have suffered its deepest downturn since the Depression, but you would not know it judging from the house prices. The Case-Shiller national house-price index is rising at an annual rate of 13%, its fastest for more than 15 years.
This is attributed mainly to lower interest rates which have encouraged people to take out bigger mortgages. Additionally, trillions of dollars of fiscal stimulus have allowed people to spend more on housing.
On the other hand, even as prices scale higher, rental growth, which usually follows suit, has instead sharply slowed down. Whether rents catch up or not matters because rental plays an outsize role in America’s consumer-price inflation statistics. In a recent note, analysts at Goldman Sachs ranked housing costs among their three main “upside” risks to inflation.
UBS went further, arguing that “it is only a small exaggeration to say that there is no single variable on which global financial markets depend more this year than USA rents”. The behaviour of rental inflation could influence the Federal Reserve’s decision whether to withdraw its support for the economy—which would in turn affect everything including valuations.
In the final analysis, Shiller P/E might be a good indicator for what can be expected long term, but strong valuations can even go much higher first before they finally make a turn.

The Hong Kong market as per The Economist magazine dated June 5, 2021:
“Property in Hong Kong remains horribly expensive, despite two years of protests and pandemic. House prices in April were only 1.5% below their peak in 2019. In one tower block being built at Kai Tak, a flat of 889 square feet sold last month [May] for over HK $30 million ($3.9 million).”

The Malaysian real estate market continues to stay relevant with sophisticated investors. Technology has become a major enabler for investment purchase for many savvy investors during the lockdown. With rising cost of basic raw materials like aluminum, copper, steel, and iron ore, developers will surely face a lot of challenges in the coming months on how to manage their cash flow position.
Juwai IQI Group co-founder and chief executive officer Kashif Ansari shared how Lazada Malaysia reported a 300% increase in the number of new online sellers.
Kashif says: “Bank Negara said online retail sales have nearly doubled during the pandemic; and our data shows that more consumers are spending online today than just over a year ago. Moreover, the online shopping boom coincided with the rapid acceleration in other parts of the economy, resulting in a surge of cashless payments, super app usage and mobile Internet penetration. Retailers and producers are ramping up their online presence so they can successfully sell to consumers who are increasingly buying via their mobile phone rather than in person. It’s happening in real estate too, which used to be considered the most off-line of industries. Buyers can now complete almost the entire transaction without ever leaving their home.”