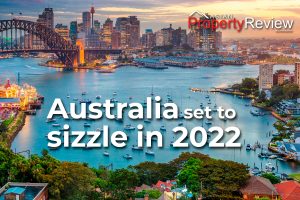 Australia set to sizzle in 2022

With borders reopening, Australia is set to attract more Asians for immigration, education and investment amid Omicron anxiety.
The uncertainty brought about by the Covid pandemic has led many Asia-based investors to refocus towards mature and secure investment destinations, such as the UK and Australia.
Both destinations have traditionally been high up on the list of many Asians for education, investment and immigration.
International property investing, by nature, has additional layers compared to buying something in your ‘own backyard’.
There are additional considerations to be weighed on both the source country (buyer) as well as the destination country (property); and a change in either location affects demand and ultimately deal flow.
For example, the new cooling measures introduced in Singapore recently will lead to an increase in overseas property investments at the expense of local investments.
[ihc-hide-content ihc_mb_type=”show” ihc_mb_who=”1,2,3,4,5,9″ ihc_mb_template=”1″]
In Australia, since foreign buyer stamp duty was introduced 5 – 6 years ago, overseas demand hasn’t been as high. During Covid however, there has been a refocus towards safer, more matured markets from Asia based buyers.

As a result, demand for Australian property has remained relatively robust over the past two years. Melbourne and Sydney were traditionally the more popular destinations. Although Melbourne remains the number one destination for overseas buyers, other destinations have become more popular, such as Brisbane, the Gold Coast, Canberra and Perth, at the expense of Sydney. As a foreign investor, Australia only permits the purchase of new property (some exemptions permitted) and a property can only be resold to an Australian buyer.
Market Trends
After shaking off some market jitters in early 2020, the Aussie market has been extremely active throughout the second half of 2020 and into 2021, with essentially all sub-markets across the country growing strongly.
What’s different from the 2007 cycle is that the boom was fuelled by first home buyers and upgraders, while investors were initially slow to enter the market. As the market continued to boom, investors jumped in, keeping the hot market going.

Property prices grew at around 25% in 2021. The residential housing market added AUD 1 billion in just six months totalling AUD 9.3 Billion.
With an unemployment rate under 5%, record low interest rates and a shortage of supply, demand remains robust and house prices are expected to keep growing in 2022.
A race for space and working from home pushed prices higher in regional centres, which grew at a faster pace compared with the capital cities.
Sydney
Capturing growth headlines throughout the 2010s, Sydney has become increasingly unaffordable over the years. This hasn’t stopped the growth though, as Sydney was second only to Hobart in terms of capital city house growth in 2021.
Like Melbourne, Sydney captures a large share of the international migration and international student market in Australia. In the first half of 2020, vacancy rates in the CBD shot up to over 15%. In 2021; they have recovered somewhat to around 6% and should improve further as lockdowns have ended, international students are able to return and international migration is due to restart.
Sydney is expected to see improving vacancy rates at under 2.3% in 2022. This remains an overheated market and a correction is expected at some point but it is uncertain whether this will occur in 2022 or in the next couple of years.
Melbourne
Along with Sydney, Melbourne has been where the majority of international migrants initially settled and the city typically hosts 100,000 international students. Since March 2020, migration has been difficult and borders closed to international students. With the strictest lockdown measures in the country, many residents have elected to move to Southeast Queensland.
These facts have led the property market to be one of the softer performers of 2021. The rental market has been incredibly sluggish, when compared to the rest of the country, having the highest vacancy rates, especially in the CBD, and the slowest growth throughout 2021. Inner city vacancy rates, similar to Sydney, spiked in Q3 2020 at over 10% and have since recovered slightly to around 7%.
However, with students able to return and the federal government keen to accelerate international migration, the market should gain traction in 2022. The city of Melbourne has also introduced tax incentives to help clear inner city housing stock that has remained unsold.
Brisbane
Sunny skies and affordable property has meant that Brisbane and South East Queensland have long been a favourite destination for internal migration. 2021 has been no different as Melbournians and Sydneysiders look to make the move north. The region also was announced as the host of the 2032 Olympic Games, which will help bring international interest to the region.
Brisbane was one of the best performing capitals in 2021 with price growth of just over 25%. Growth looks set to continue in 2022 with a shortage of stock, strong demand, relative affordability, tight vacancy rates and further internal and international migration.
Perth

The market has been in a recovery phase since 2014, after going through a boom cycle. In the latter half of 2020 and early 2021, Perth was growing at the fastest pace across the country. However, as other states started to open their borders to each other and later internationally, Perth has struggled to maintain its early price growth momentum. Having said that, the city still posted a 12-month price growth of 14.47%. The state is expected to open its borders in 2022, which should see pressure again on property prices.

One of the reasons why price pressure should remain when the borders reopen is the extremely low vacancy rates of 0.5%. It has led to better than average rental growth of above 10% – better than the likes of Sydney and Melbourne. Opening its borders to the other states and territories as well as international arrivals will see additional pressure on an already stretched rental market. Perth is expected to remain a resilient market over the next few years.
Canberra

The capital city has, even prior to the pandemic, had a very tight rental market and strong property price growth. With some of the best rental yields in the country, at times over 6% and the absence of foreign buyer stamp duty, Canberra has seen international investors’ interest continue to grow. The city is also home to the highest ranked university in Australia, ANU (Australia National University).
Major employment fields, such as government, healthcare and education mean that employment is relatively stable. This has helped to keep vacancy rates at under 1% for several years and rents are consistently growing year on year.
Although in 4th place, price growth for Canberra was just under 25% in the 12 months to November 2021.
Elsewhere in Australia
Other capital cities, Adelaide (21.45%), Hobart (1st at almost 28%) and Darwin (almost 17%) also performed remarkably well. Vacancy rates in all three cities hover around 0.5%; and Darwin and Hobart had the biggest rental price increases, in terms of percentage out of all capital cities. Adelaide was also very strong at almost 10% annual rental growth. (refer to Chart1-3)
Lending
Lending has become easier. Since most banks stopped lending to foreign buyers across 2015 / 2016, getting a mortgage has become much easier for foreign purchasers (and even expats living in Asia). Some local banks (where the buyer is living) will lend for Australian purchases though, some lenders do restrict the cities that they will lend in. There are also a number of non-bank lenders that have moved to fill the gap to lend to foreign investors over the last few years.
Taxes
Stamp duty is administered at the state/territory level; it is different depending on which city you are buying in. If you are not a citizen or PR in Australia, then most destinations have a foreign buyer stamp duty (payable in addition to regular stamp duty) of 7% or 8%. The exemption is the Australian Capital Territory (Canberra), which currently doesn’t have an additional foreign buyer stamp duty.

Some states are currently offering stamp duty savings for new properties. For example, Western Australia currently has a limited time stamp duty saving of up to AUD 50,000 for projects that are yet to commence construction. In the City of Melbourne, in an effort to clear completed, unsold inventory, there are savings of up to 100% of the standard stamp duty.
Income tax is federal; the same rates apply Australia-wide. Although income tax applies to overseas investors, most expenses associated with the property, including mortgage interest, can be used to offset tax. In addition, new build property investors are able to claim their ‘paper’ depreciation to further offset income. With all these deductions, investors are able to pay no or very little income tax in the initial years of their investment.
Outlook in 2022
From March 2020, travel has been almost impossible into Australia, with the country effectively shutting its borders. However, now that eligible residents are more than 90% vaccinated, travel is once again becoming easier. This is important as some buyers are reluctant to purchase property without visiting in person.
The border closures also drastically affected international student numbers. Traditionally, they are major tenants in city centres, near universities. In October 2019, before the pandemic, Australia hosted 578,000 international students. By October 2021, this had dropped to just 266,000, or 54%, according to the DESE. There are potentially 300,000 students set to come to Australia.
After a pause in migration, Australia is targeting around 200,000 immigrants per year, favouring those with in-demand skills. Traditionally, international arrivals have been concentrated in Melbourne and Sydney. To try and diversify international arrivals, purchasing in certain regional areas, such as Canberra, can also help certain points-based visa applications.
Demand is strong for Australian immigration, with the Department of Immigration recently releasing figures showing visa approvals for the Business Innovation and Investment Program hitting a record of over 11,000 over 2020-2021. Approvals of applicants from Vietnam and Hong Kong notably increased their share. There are currently over 30,000 applicants waiting for approval under this stream alone.
Overall, Australia is expected to attract growing interest from Asia-based investors in 2022 and, even if uncertainties persist with the global spread of the Omicron variant, fundamentals are there to last. APR

One Global Group offers investment opportunities in Australia to retail investors with a dedicated Aussie Desk, and to family offices and institutional investors through the Private Office, all supported by One Global Labs, our in-house research and data science department.
Florian Loloum, Managing Director of One Global Private Office andOne Global Labs.
[/ihc-hide-content]