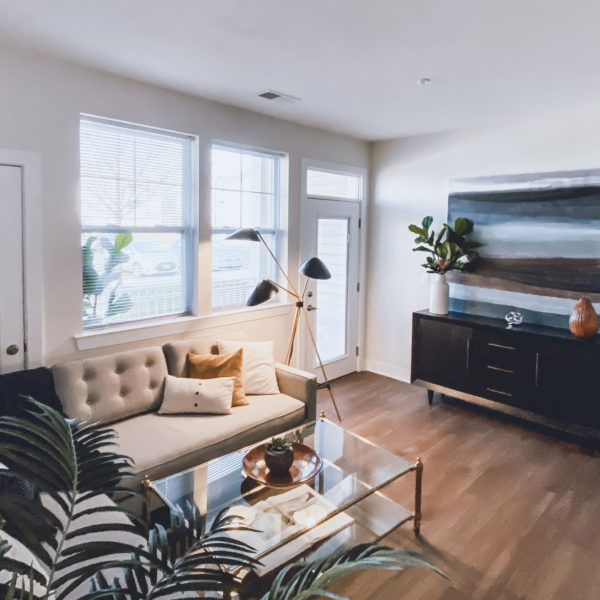 Some of the prevailing trends such as co-living, living in the suburbs and townships are gaining more traction in the post-pandemic era.

The Covid-19 pandemic has impacted us in every aspect. The massive 17.1% GDP drop in the second quarter of 2020 has made Malaysia the worst performing economy in ASEAN.

It has impacted the commercial real estate and offices tremendously. When the lockdown was first implemented and subsequently continued, many of us realized that we could actually work from home (WFH). Which then begs the question, do we really need offices anymore?
This in turn is pressuring the office rentals and growth.

And since WFH will be the new norm for work, do we then need the connectivity or proximity to the job hotspots anymore?

As the WFH trend continues, and I foresee it to be the new norm, I predict that more and more people would choose to move to the comparatively less expensive suburbs. Previously, the focus has been on the Transit-Oriented Development (TOD) developments and townships closer to the vibrant jobs market.

But as the WFH trend takes hold, I believe that people are more willing to consider places like Sepang and Rawang in Selangor state.

This trend will be further supported by the growth in ride sharing companies and its increasing frequency. Right now, the service is dominated by Grab but I foresee more players establishing a foothold (e.g. Mycar) in Malaysia for a piece of the lucrative pie.

But bear in mind the major cost component for a ride sharing platform is the drivers’ pay. Their productivity is subject to the drivers’ well-being and rest time. As companies like Tesla and Waymo, whose parent company is Google Inc. push forward with self-driving and autonomous driving cars, I foresee in the next 5 years, the cost to hail a car to drive from Rawang to KLCC would be easily halved as there is no more drivers’ pay which adds to the cost. Best of all, the cars can run 24/7 and only stop for fuel and maintenance.

Co-living is a new hybrid accommodation concept that connects you with like-minded people who share each other’s passion. Residents live as a community, sharing common spaces and resources but also enjoying privacy within their own room.

The concept is the same as co-working spaces. It is a living space that is shared by a group of people, who share similar demographics.

Research has shown that millennials are twice as likely to experience depression or anxiety due to loneliness, and living alone could worsen these symptoms.

Now this is where the attraction of co-living comes in.

A common demographic would be preferred in a near perfect co-living establishment. For example, if the majority of the community are tech entrepreneurs working on their startups, they would have a lot of things to talk about in the common area.

It is also easier to co-ordinate activity nights or weekends when the demographic is similar. Make new friends! Expand your network! A co-living concept is arguably the best way to socialise with like-minded people.

So why would the younger millennials choose to stay alone and have no fun activities at all?

They would prefer to have a small studio (say, 250 sq ft) while having a huge communal area and a strong community staying nearby.

The future of property purchases would most likely include a township as one of the main deciding factors.

Let me share what happened during the Covid-19 pandemic in one of the townships developed by a listed property developer which prides itself as a Top Lifestyle Property Developer. During the pandemic, the developer strategically managed the delivery of groceries to their customers.

They also spent a considerable amount of time planning to make the whole township pleasant, with all the amenities required including beautifully landscaping and properly maintaining the entire township so that the residents are proud living there.

My personal opinion is that buying into a township for own stay would be more appealing in the new normal. In my mind, if the price is similar, and if you believe that distance does not matter anymore, then why would you not want to buy into a properly-planned township (that’s in the suburbs)?

Have you realized that developers nowadays are going for smaller sizes? A three-bedroom used to be around 1,000sf and above while now it has shrunk to less than 850sf.

To ensure the equilibrium of supply and demand, developers would have to build smaller units to cater to the buyers’ demand (in terms of financial capability).

We at Gilahartanah.com and FAR Capital have been helping developers in doing a pre-sales model. The presales model allows us to:

If there are not enough interest, we would then advise the developers to change the size and tweak the price.

This is a much better way than to launch a product that is not acceptable by the market, or worse, only 30% booked in the first year after it was launched and now the developer is stuck with building an unprofitable development.

For us, the pandemic brought in many fortunate events. We have managed to help thousands of people to own their homes, we have helped many developers achieve their best marketing ROI and are poised for more growth in the years ahead.