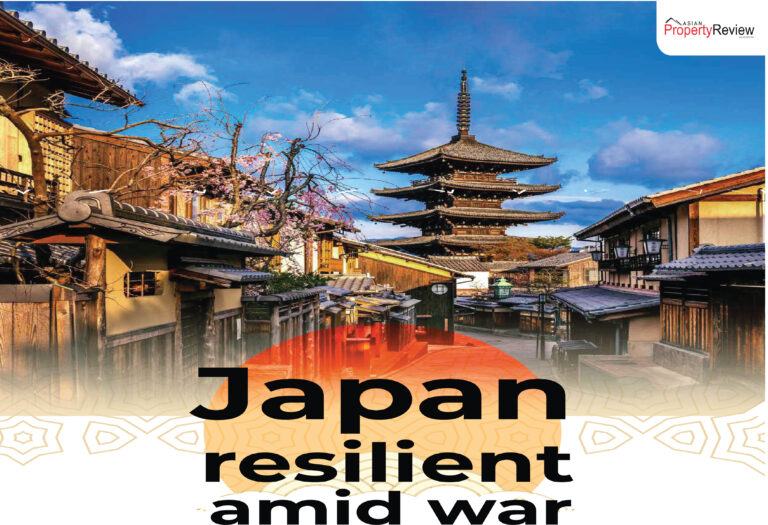 Investors are flocking to Japan’s safe haven assets amid great uncertainty arising from the Russia-Ukraine war.

The world is just getting back on its feet from COVID-19 and facing new risks. As Russia launched a military invasion on Ukraine, stock prices felt the downward pressure and went into sell-off mode. Fear drove down share prices as Russian President Vladimir Putin intimated his nation’s vast nuclear stockpile, and the West responded with sanctions to include a ban on Russian oil and gas imports, financial restrictions, a ban on Russian flights from European and Canadian airspace, and other sanctions sending markets into a tumultuous ride.

With no resolution in sight and the question of potential long-term effects on the global economy, stock prices began fluctuating with increased volatility. Investors have been rushing for investment into the safest assets as Russia escalated its invasion of Ukraine, exacerbating disruptions in the global market.

When and how the war will end, or whether or not there will be another pandemic wave, or predicting the timing of more stable markets is sheer guess-work. Experts advise investors to consider holding money in other assets to manage the risks amid volatile markets.

” In 2020, Japan remained the world’s largest creditor nation for the 30th straight year.”

Safe Haven Assets
When there are risks, investors look for a safe home to park their money. The Swiss franc, with its long history of low inflation, and political and financial stability, has been in demand as a safe haven during elevated market uncertainties as seen with the COVID-19 pandemic, and now with the Russian-Ukraine conflict.

Germany’s bonds have also been popular, but the country does not have its own currency and the Euro is not yet considered a safe haven. When there’s deep uncertainty about the direction of the economy, investors instincti vely seek the predictability of the Treasury market, thus moving investors out of stocks and into the safe haven US bond market. While US treasury bonds have been a “risk-free” asset, in the past, in a crisis, traders and investors buy yen over other currencies as seen for example, after the 9/11 attacks in 2001, the Madrid train bombings of 2004, the Lehman collapse in 2008, the Eurozone crisis in 2010 and the Brussels bombings in 2016.

Japan as a Safe Haven Nation
In 2020,Japan remained the world’s largest creditor nation for the 30th straight year. The value of foreign assets held by Japanese investors has been substantially higher than the value of Japanese assets owned by foreign investors. These “net foreign assets” stood at 357 trillion yenat the end of 2020, based on data from the Finance Ministry, placing Japan as the ‘largest creditor nation,’ a title

the country has held since the mid-1990s. Additionally, the yen is more liquid, and therefore readily available to trade, making the currency more appealing than the treasury bonds.

Properties in Japan can be bought, sold and inherited freely among foreigners. And Japan has a tax treaty with most Western countries to prevent double taxation.

Japan is the second largest real estate market in the world, only after the US and an attractive vehicle during times of uncertainty to guard against losses. It’s a unique real estate market, not one for capital gain, but for cash flow.

The appeal is the affordability of properties as low as USD$50K for an apartment, as well as the real estate market’s high yield, ranging from 5% to 11% net pre-tax, generating monthly income from occupied units. For example, a USO $SOK property at 7% yield net pre-tax, would generate income of $350/month. Similarly, a small apartment building costing as low as $220K with yield of 6% to 7% net pre-tax, can generate income of approximately USO $1,500/month.

Additionally, by transferring accumulated rental income home when the yen peaks against the dollar or other currencies, investors benefit from currency value.

Outlook
The Japanese government has offered refuge to the exodus of Ukrainians as well as to Russian citizens opposed to their country’s invasion of Ukraine. Citizens of Japan have shown their support for Ukrainians with the colours of their flag lighting up the Tokyo Metropolitan Government building, numerous castles, and individual businesses around the country. How the war in Ukraine will unfold, what the overall impact will be, and how long the conflict will last are unknown. And like everywhere else, fuel and power prices have been rising at the fastest pace in nearly 41 years in Tokyo last month.

While Russian exports tumble, and countries compete with each other on commodities looking for new supply partners, or waiting in anticipation of an embargo driving up the price of oil,Japan remains resilient even on the expectation of higher US interest rates. In fact, Bank of Japan Governor Haruhiko Kuroda said that although the currency may weaken temporarily, during a crisis situation, be it war or a pandemic, the yen can quickly become very high in demand during times of refuge, sending the value soaring, thereby holding on to its value. APR