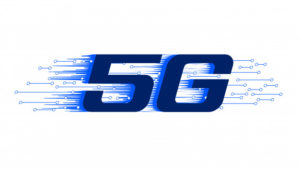 In the age of Coronavirus, having everything connected might prove to be a good thing.

Quarantined at home due to Covid-19? Not an issue if you have 5G wireless connection. Well, 4G is good enough but 5G would have made everything pretty seamless and instantaneous, in a smart home environment.

Beyond the home, had 5G been implemented worldwide, the Covid-19 pandemic would have had been easier to deal with especially for those under quarantine and for governments scrambling to trace millions of people who have had close contacts with the thousands of confirmed victims worldwide.

At speeds that’s 20 times faster than the current 4G, a lot of activities would have been super-speeded up – this includes speeding up data analytics where artificial intelligence (AI) algorithm is used to estimate the probability that a given neighbourhood or even an individual has exposure to Covid-19. This is done by matching the location of smartphone users to known locations of infected individuals or groups. (Only China is known to do this, due to privacy concerns in the Western world).

With this information, limited medical resources are distributed more efficiently, for example, by directing tests for the virus to high-risk subjects identified by the AI algorithm.

For quarantined individuals and this is especially so in cities and countries under lockdown like Wuhan and Italy, a 5G connection would have made life much more tolerable as many activities could be remotely managed from home. Indeed, the forced quarantine is a chance for many to experiment with remote learning and working.

Furthermore, a person stuck at home whether voluntarily or due to mandatory self-isolation can easily order food or grocery online, download movies, or even explore investments including online window-shopping for properties.

The individual could virtually inspect or tour a yet-to-be-built apartment unit. Faster speed means the virtual tour is as real as the real one just like how you would experience a virtual game.

If you need to travel, there are autonomous vehicles that are fitted with GPS showing the least ‘infectious’ route. The fact that it is self-driving also helps a lot if you are not in the right physical or mental condition to drive.

At the same time, you can wear wearables that will alert the ambulance should you collapse suddenly with no one around.

At your smart home, most if not all electronic and electrical functions can be voice-activated thus sparing you from touching many objects, touch being a ‘taboo’ thing in Covid-19 era. And if you get bored, instead of shopping at physical stores, you can even try out clothes or shoes through remote fitting where you get to see online how you look wearing different clothing.

“5G will enable connecting everything that needs to be connected, on a mega scale.”

In the age of Coronavirus, 5G would smoothen the process of restructuring our lifestyle making working and staying at home the new normal. It would not be boring because you can still access a lot of facilities without stepping out of your house.

5G refers to next-generation mobile networks that offer super-fast data speeds, low latency and high reliability. 5G is expected to drive technologies like driverless cars and virtual reality. When coupled with next-generation technologies including artificial intelligence (AI), it offers enormous promise for transforming our devices and surroundings, according to memory and storage tech manufacturer Micron.

The future development of smart cities, as well as building assets themselves will rapidly evolve, powered by sensors and automations that work together at near instant speeds. However, the starting point for 5G will be the requirement to provide the infrastructure and physical location points to reach its full potential, states the Altus Group CRE Innovation Report 2020: The 5G Factor.

5G will enable connecting everything that needs to be connected, on a mega scale. In fact, there will be more connected machines than humans. Machines will be able to talk to each other on 5G networks, launching a large-scale Internet of Things (IoT) communications era – sensors embedded in everything.

By supporting new types of applications, including frequencies never before used in cellular systems, 5G will provide the communications foundation for a future world – one of extended reality, autonomous cars, smart cities, wearable computers, and innovations not yet conceived.

5G will not replace LTE; in many cases, the two technologies will be tightly integrated and co-exist through at least the late-2020. And because each generation of cellular technology is more efficient, the cost of delivering data decreases, and so prices are lower for users, expanding the number of feasible applications.

Some of the stated applications are already being addressed by 4G, but 5G’s lower costs, higher throughputs, high reliability, and lower latency will hasten realization of their potential.

The evolved-5G capabilities expected during the 2020s, combined with developments in computer miniaturization and AI, will create an augmented-reality overlay on human experience. Research underway could make device interaction touchless, and rely only on natural human voice or gesture activation.

Wearable devices will become ubiquitous, for example in watches, or as implants in our bodies or in our ears.

Having said that, the truth is 5G is still currently considered to be in its infancy with most people around the world still on 4G networks. In fact, an online article in Thailand recently observed that many in Thailand are still not ready yet nor are even aware of the need for 5G, and would not bother whether 5G is implemented or not.

Agreeing with this observation is Scott Dunn, Vice President for Southeast Asia at AECOM. Dunn feels that 5G is not a huge game changer but will increase user experience such as how they interact with a smart home or office that has LoT embedded all over.

He also thinks 5G won’t be distributed evenly all over the place but will raise up prices of property in areas that have access to 5G. Also, its impact would be felt most in countries that leapfrog from 3G to 5G while those currently using 4G such as in Singapore would not experience as much the much-hyped transformational change.

What’s clear is that fast-speed 5G alone isn’t enough; it has to combine with other technologies like AI in order to bring about all those smart and intelligent applications. AI is basically the ability of computer systems to self-learn through experience.

Perhaps 5G’s biggest benefit lies in making the smart city a reality, followed by the rise of autonomous vehicles.

The question to ask now is whether 5G can be rolled out everywhere due to its high cost.

“The Infrastructure for 5G is not cheap, so we need to balance between the so-called universal coverage versus all these high speed fancy communication capabilities,” says an analyst.

At the other end of the spectrum, while most countries around the world are a few years away from full implementation, China has already turned on its 5G networks in 2019 and has officially launched research and development work for its 6G mobile networks. But that’s another story on its own.

Meanwhile, the Asia-pacific region is on track to become the world’s largest 5G region by 2025, reaching over 675 million connections. Commercial rollouts have already begun and there are high expectations for the technology to radically transform industries, disrupt consumer behavior, and usher in a new wave of innovation.