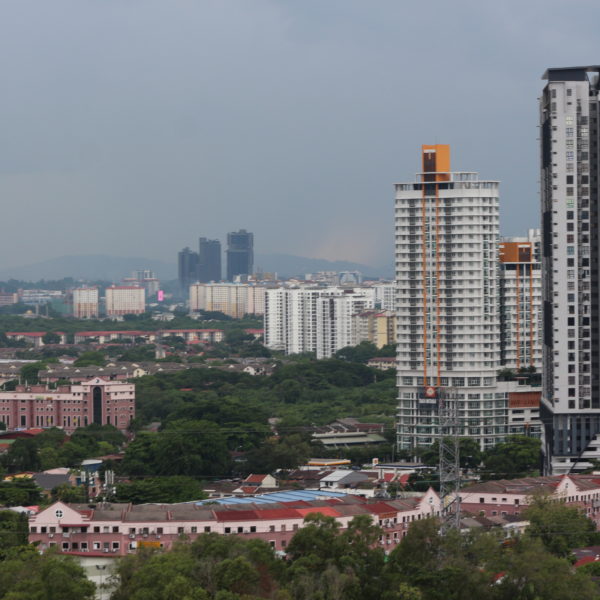 Dr. Foo Chee Hung is the principal reseacher from MKH Berhad, a property developer based in Kajang, Selangor.

COVID-19 continues its onslaught on economies globally. A majority of business activities are forced to cease due to the containment measures to prevent the spread of the communicable disease. The Malaysian housing market is no exception; its already slow momentum has come to a halt due to the enforcement of the Movement Control Oder(MCO).It is expected that the market will experience a contraction in 2020, thereby causing a fall in house prices.

Nevertheless, the market contractions caused by COVID-19 are unlikely to be as severe as those brought by the Asian Financial Crisis, since we are not facing a financial crisis originating from the inherent weaknesses of our financial system. Rather, a drop in both the volume and value of transaction this time is mainly attributed to the slowdown of the seller and buyer traffic; due to poor market sentiment as a direct result of the MCO. Business uncertainty, job and income security are all adversely impacted.

Figure 1: Year-on-year percentage change (%) of volume and value of transaction

On this basis, the housing market would likely be resuming its normal pace once business activities kickstart. This is not only because of the pent-up demand coming from those who are unable to fulfil their buying obligation during the crisis, but also due to the various financing schemes, rebates, and attractive packages offered by developers, coupled with the stimulus measures undertaken by the government to spur the country’s economy in the post COVID-19 era. Should the market undergo a contraction in 2020, it is likely to be a manageable decline that would be hovering around 10% to 13%, in contrast to a plunge of 47.6% and 32.3% for both the value and volume of transaction, respectively, during the Asian Financial Crisis (Figure 1).

Furthermore, the possibility that COVID-19 could trigger a market crash as had happened in the Asian Financial Crisis is also deemed a remote possibility. This is because property developers are well-prepared to cope with the economic challenges this time, and have even adapted themselves to respond to the dampened market right before the pandemic. It is generally known that the Malaysian housing market has seen a consecutive declining trend since 2015. Slow growth in revenue and dwindling profit margin are a norm to most property developers throughout the period 2015 – 2019.

The growth of revenue among property development companies during 2015 – 2019 has declined to 2.5% as compared to 17.4% during 2010 – 2015. Meanwhile, a converging net profit margin is observed across property development companies, which has reduced from 21% in 2015 to 14% in 2019. In order to stay competitive in the market as well as to withstand the incoming economic challenges and uncertainties, developers have adjusted their business strategies accordingly.

In fact, even right before the pandemic, property developers have already taken into consideration that the market slowdown may prolong for another few more years. This is evidenced by studying the number of planned supply of houses (Figure 2), which has reduced greatly since 2014 (673,235 units), and recorded the historical lowest level in 2019 (441,309 units). In this sense, developers’ exposure to gearing amid COVID-19 is expected to be more manageable.

There may be a near-term fall in house prices resulting from the unforeseeable economic costs, but the prices are expected to rebound quickly due to the very nature of the Malaysian Housing Market – resilient and resistant. Throughout the period of 1999 – 2019, house prices only recorded a decline in 1998 and 1999 as a result of the Asian Financial Crisis, while other crises seem to have less impact on the country’s house prices (Figure 3).

It is proven that the country’s house prices are resistantto a big fall, and fast recovery is often observed in the market after each crisis, owning to the favourable lending policy, market optimism from the buyers who expect future capital appreciation from their property investment, as well as the drumming-up of market sentiment from developers. On this basis, it is unlikely that a sharp drop of 9.4% in prices as happened during the Asian Financial Crisis would be repeated this time.

Having said that, house prices tend to perform differently based on locality and types of product. Throughout the period of 1990 – 2019, a property type that saw a steeper decline in prices is detached houses, with a price drop at 13.6% and 6.7% respectively in 1998 and 1999 (Figure 4). This is understandable given that consumers will temporarily move away from buying luxury and big-ticket items as the country braces for recession and the market is shadowed by uncertainties. In terms of locality, one can find that detached houses in Kuala Lumpur has recorded the largest price dip during the Asian Financial Crisis, which is -32.1% in 1998 and -10.8% in 1999, followed by those in Selangor and Melaka (Figure 5).

Terraced houses, a traditionally common affordable house type for the mass buyers, show the least volatility – both -4.8% and -3.3% in 1998 and 1999, respectively – and have experienced a continual growth since then. Its less sensitivity to the economic factors is mainly due to the strong confidence among investors with regard to its relatively safer nature as a long-term investment tool, as well as its profitable returns that can provide cash flow amid all the uncertainties. As such, it is unlikely that prices for terraced house will drop amid COVID-19.

On this basis, prices for those high-rise and high-end properties are likely to experience a decline during the pandemic, and the number of unsold units of these types of property will sure rise to a new high, offsetting the improvement that has been achieved through the Home Ownership Campaign (HOC) in 2019. In the case of terraced houses, a more moderate price growth is expected to be seen.

Under such circumstances, property development companies are likely to continue adopting business strategies that have been undertaken since 2018 when the market was slowing down due to challenges such as mismatch in supply-demand, difficult access to property financing, increased living cost, and weakened ringgit against other major currencies, etc.

Among these strategies are: