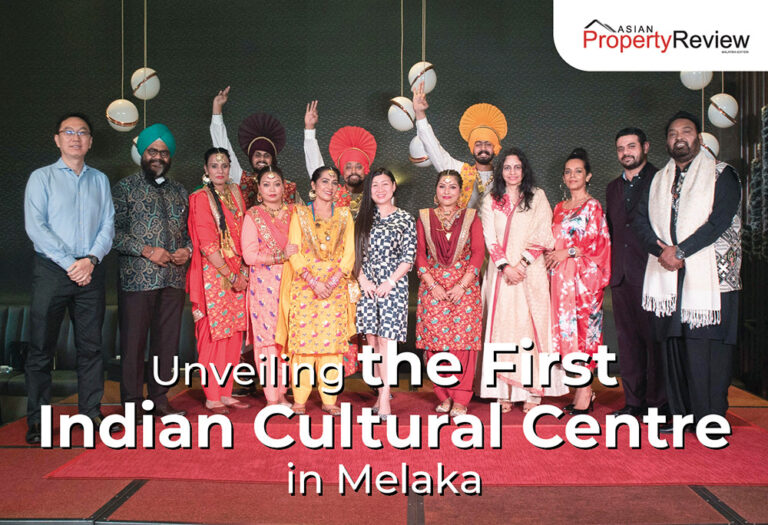 The Punjabi Cultural Dance performance direct from India is one of the highlights to promote the first Indian Cultural Centre in Melaka amid the historical backdrop of the Straits of Melaka.

The Punjabi dance troupe was flown in directly from India to perform at the Ames Hotel in Melaka. The event was graced by the Founder and Chairman of Sheng Tai International – Dato’ Leong Sir Ley; the Second Secretary of High Commission of India – Mr Aditya Fotedar; Chairman of World Sikh Chamber of Commerce Malaysia – Dato Dr Balwant Singh Bains and Director of Indian Cultural Centre – Ms Ramya Hiriyannaiah.

The Founder and Chairman of Sheng Tai International, Dato Leong has a bold mission to bring together all cultures from different countries into The Cultural Tower at ‘THE SAIL’ in Melaka. The first cultural centre was set up with China while India will now join in as part of the Cultural Centre’s collection.

Sheng Tai International will open a temporary Indian Cultural Centre at Metrasquare as part of its ongoing efforts pending the completion of The Sail Melaka’s Cultural Tower. Meanwhile, the Chinese Cultural Exhibition Centre in Metrasquare is open to the public.

Moving forward, Dato’ Leong shared that Sheng Tai International will open more cultural centres with various events and initiatives being planned throughout 2023 and beyond. The initiatives will help promote tourism in Melaka and improve the cross-cultural understanding between nations. This convergence of international cultures reflects Melaka’s status as a melting pot of cultures in days gone by and which Sheng Tai International hopes to revive today.

Melaka is already a well-known destination known worldwide for its rich history and unique culture. It is one of the most visited cities in Malaysia and is slated to regain its position as one of the top tourist hotspots in the domestic and international markets.

Sheng Tai International Sdn Bhd (STI) which specialises in property tourism is committed to putting Melaka onto the world map through many different channels including promoting the cultures of many different countries.

The Sail@Melaka is an RM6.5 billion GDV project developed by Sheng Tai International. The Sail is envisioned to transform the historic state of Melaka into an iconic hub for business, leisure and travel. Designed by a group of local architects, this iconic project consists of 9 tower blocks that resemble a regal ship. It is a magnificent work of art set against a panoramic view of the Straits of Melaka.