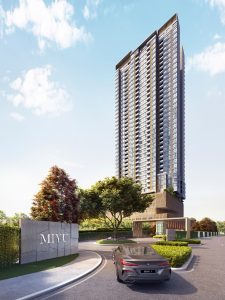 Tropicana Corporation Berhad recently announced its unaudited financial results for the third quarter (Q32020) ended September 30, 2020. For the Q3 FY2020 under review, the Group recorded a revenue of RM224 million, which was 9.0% lower as compared with RM246.1 million registered in the corresponding quarter last year.
For the financial period ended 30 September 2020, the Group revenue stood at RM702.4 million, recording a slight dip of 7.0% as compared to RM755.3 million in the preceding year. The decrease in revenue was mainly due to slower sales activities and lower progress billings for projects across Malaysia which were affected by the various movement restriction rulings.
The financial results for the quarter decreased by RM27.1 million or 82.7% from a Profit Before Tax (PBT) of RM32.8 million to RM5.7 million as compared to the corresponding quarter in the preceding year. However, the Group recorded a higher PBT at RM115.1 million, which was RM4.7 million or 4.3% higher as compared to the corresponding period in the preceding year mainly due to gains from the sales of two parcels of development lands.
The Group’s profit after tax and minority interests was capped at RM14.5 million. Despite market conditions, the Group recently rewarded its shareholders with dividend paid via the distribution of 4.5 treasury shares for every 100 existing shares held in the Group.
Dion Tan, Group Managing Director of Tropicana says that despite the unprecedented times, the Group delivered encouraging results, and incorporated integrated developments and digital transformation initiatives.
“We have ridden through this pandemic, and are embarking on cost-efficiency measures, digital realignments, and rationalisation of our launches.
For the FY2020, the Group rolled out a series of new developments with a total Gross Development Value (GDV) of RM695 million across its signature Tropicana townships. These new launches include Tropicana Miyu condominiums at Petaling Jaya and Shoppes & Residences (South), a mixed-use development comprising retail lots and serviced apartments at Tropicana Metropark, Subang Jaya.
The Group continues to record an excellent uptake for Edelweiss SOFO and serviced residences, the fifth and final tower of its signature Tropicana Gardens development. It plans to launch its first integrated master-planned development in Genting Highlands, Pahang known as T, and Summit Commercial Hub, Tropicana Uplands in Gelang Patah, Johor.
For the period under review, Tropicana’s unbilled sales stood at RM846.6 million, backed by its unique residential, commercial and resort-themed developments. Tropicana’s total landbank stands at 2,344.0 acres, with a total potential GDV of RM80.0 billion —-placing the Group in a good position to unlock the value of its strategic landbank to deliver sustainable earnings in the next few years.