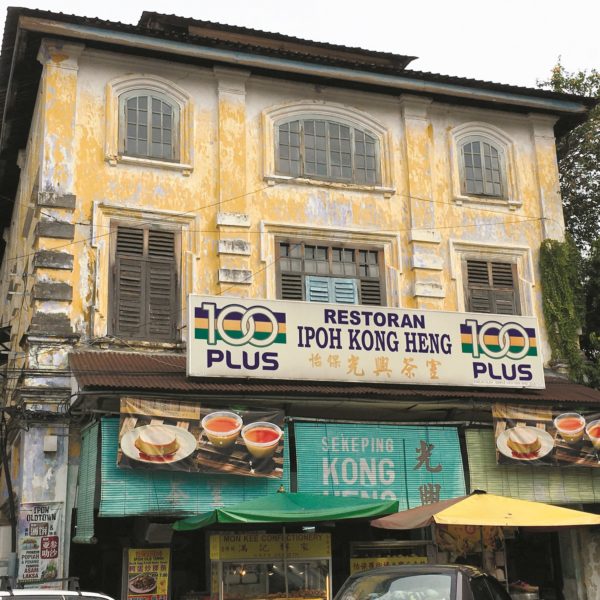 Did a boom in pre-war shophouses in Ipoh take place or is the hype sustainable? Asian Property Review went on a walkabout and reports on its findings.

As inbound tourism was doing quite well for the last few years, many have predicted that Ipoh heritage shophouses would be the next boom properties after Penang and Melaka. But has the boom really taken off or is it sustainable?

Pre-war shophouses in Ipoh have come a long way. From relatively stagnant prices in the 1990s through 2000s, it has seen more interest since 2010 when property prices nationwide experienced high growth due to easy credit and low interest rates. Despite that, these pre-war shophouses have always been a niche play, with most buyers being purchasers with a long-term view.

“They are mainly bought by investors who want to go into tourism-related businesses like F&B, souvenirs or boutique hotels,” says See Kok Loong, Metro Homes director.

Weekends are pretty busy but only on a few streets particularly the famed Concubine Lane and the streets immediately surrounding it, near Plan B restaurant and Sekeping Kong Hee hotel.

“The main tourist areas of Concubine Lane fetch about RM1.5 mil to RM 2 mil for a double-storey shophouse with freehold title,” says See.

Our checks at several property portals in mid-June showed the following on offer:

According to an Ipoh-based real estate agent, the Hugh Low Street shophouse has been in the market for about 6 months due to its higher price tag. “Most shophouses in the Concubine Lane area or within a few metres away are priced about RM1.55 mil for a double-storey shophouse of about 1,000 sq ft. Rentals can range about RM4,500 – RM5,000 per month,” he says.

“Further away from this area, the price drops. For example, near the Old Town Café area, a 20 x 110 sq ft shophouse is selling for RM1.5 mil and rental is about RM2,500 per month,” he notes.

Two years ago, a double-storey shophouse next to Hale Street (a few blocks away from Concubine Lane) was transacted at about RM1.2 mil, according to sources.

Our Ipoh old town walkabout further revealed that a 2-unit inter-connected shoplot (2,500 sq ft) a few blocks away from Concubine Lane and formerly housing a coffee shop is renting for RM3,000 per month. Another agent revealed that the previous tenant which operated the 2 ground floor units of coffee shop conceded the rental of RM3,000 per month was not sustainable for that part of town.

We discovered quite a number of shophouse units (both ground and upper floors) were being offered for sale or rental. It appears that only shophouses on Concubine Lane or within metres away and in the vicinity of the nearby Sekeping Kong Hee hotel were well-patronised particularly on weekends. On weekdays, the crowd was thin.

One of the shop operators along Concubine Lane admitted that rental was steep at RM3,000 per month which was usually revised upwards every 2 years.

A number of guesthouses located in the old town area also reported low occupancy rates during weekdays particularly during the fasting month of Ramadhan. Rental rates of a boutique hotel in downtown average about RM150 per night while hostel rates can range between RM20 – RM50 for a bunk bed.

In conclusion, the heritage shophouses in Ipoh are more like collectibles, a niche market for those who appreciate colonial or prewar architecture, history and the charms of a bygone era, and for whom rental income and capital appreciation are fortunate by products.