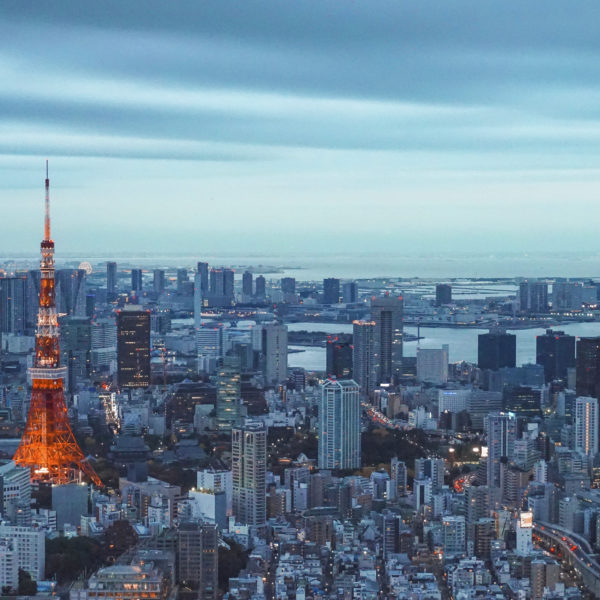 “Tokyo Bay Zone was intended to stand out as a model of innovative urban development to symbolize the city’s future.”

In 2013, Tokyo won the bid to host the 2020 Olympics. The Games was expected to raise economic activity by boosting inbound tourism and associated consumption, and also trigger construction in the years leading up to the event. However, the global pandemic postponed it to 2021.

Prior to the pandemic, the two primary venues in preparation of the Tokyo 2020 Olympic and Paralympic Games were: the Tokyo Bay Zone and the Heritage Zone. Opinions are divided as to whether the zones would herald the transformation of not just the city but the future of Japan.

Tokyo Bay Zone was intended to stand out as a model of innovative urban development to symbolize the city’s future. Masa Takaya, a spokesperson for the games, expressed high expectations for the area anticipating that the revitalized Tokyo Bay would create a zone with strong appeal for Tokyo’s future development with green spaces, as well as sports and educational facilities.

The zone would have eight new permanent venues which, after the Games, would be used for staging major sporting events, exhibitions, and other leisure activities. In this way, the village would ideally become a waterfront showpiece for sustainable urban living for many years to come after the Olympic Games.

The Heritage Zone was intended to bring together iconic sites used during the 1964 Tokyo Games and the role they played in post-war Japan, and to pass on the legacy to the new generation.

Seth Sulkin, co-chair of the American Chamber of Commerce in the Japan Real Estate Committee was not so optimistic of the profitability for the development of this area into a commercial zone. He was concerned about the lack of accessibility of Tokyo, for example, Harumi Island Triton Square in Chuo Ward.

This 25-year-old major mixed-used development failed due to poor access and distant subway stations. Today, the area is troubled with vacancies in large-scale office buildings and a deteriorating retail component, which would be compounded by the pandemic and reduction in tourism.

The intersection between the Tokyo Bay Zone and the Heritage Zone was designed to be the athletes’ village, an area to facilitate the daily life of the athletes.

The area occupies 13.4 hectares, which the Tokyo government had sold to 11 private developers for about ¥13 billion (USD $122 million) at a considerable discount from the land prices in adjacent areas.

Of the 5,600 units in the athletes’ village near Harumi on Tokyo Bay, approximately 940 have been presold with a move-in date of March 2023. Because of the postponement of the Games, buyers might seek compensation.

Furthermore, as Koji Moriyama, an authority on construction pointed out, if the units don’t sell, the already discounted property values could drop further, potentially prompting fears that land prices throughout the metropolitan area will plummet.

Investors from Hong Kong and China see opportunities not only in unsold properties of the Olympic venues, but also shop prices in prime locations in Tokyo and Osaka. They held firm for more than a decade, but fell by nearly 30 percent, making it a buyers’ market with more choices and more bargaining power.

Investment spotlight turns to sub-urban areas within a 90-minute drive or train ride from Tokyo.

Entry-level investments for retail units in high traffic areas in Japan can be purchased for approximately US$129K to US$258K versus nearly US$1.3 million in Hong Kong.

Additionally, in Japan, there are the added benefits of high yield and affordable management fees. Some shop owners are even willing to cash out in the face of growing uncertainties at approximately 30 percent below market price, attracting both Hong Kong buyers as well as Japanese locals.

Amid anticipation of the soon-to-return influx of inbound tourism to benefit both hotel and retail, and with access to low interest bank capital, rural areas, long neglected by foreign investors and domestic homebuyers alike, became particularly attractive to small and mid-sized developers because of the abundance of land.

According to JLL real estate, Japan continues to be amongst the most active hotel investment markets in Asia Pacific, due to its underlying demand prospects. JLL anticipates that the bankruptcy of a limited number of hotel owners/operators could lead to pricing reassessments or conversions of hotel assets to alternative uses in markets with supply and demand imbalances.

Japan was notably the 11th most visited country in the world in 2019. The numbers slumped 58.3 percent to 1.09 million in February 2020, according to Japan National Tourism Organisation data, as the coronavirus pandemic had deterred many visitors.

For this reason, while prices may be attractive, some investors believe the coronavirus outbreak may affect consumption, which could in turn affect the leasing market.

The effect of the global travel ban has also had a hard impact on ‘minpaku’ (small to mid-sized hotels and traditional Japanese inns). Sotheby’s Realty reported larger discounts on these distressed assets around Osaka, Kyoto, Fukuoka and Sapporo.

Where Tokyo once stole the show, the spotlight seems to be turning to less crowded investment destinations for commercial, residential or industrial locations within a 90-minute drive or train ride from Tokyo, for example, Hakone in the Kanagawa prefecture, and Atami in Shizuoka prefecture.

These types of locations have taken the limelight as places that can comfortably accommodate social distancing in this new world.

With one year to go, it is a mammoth task for the country to recover from its ailing tourism industry and plan the Olympic Games to the requirements of the global crisis. Clearly, it’s not just the athletes remaining resilient-Japan has its game on as well.

“Rural areas became attractive to small and mid-sized developers because of the abundance of land.”