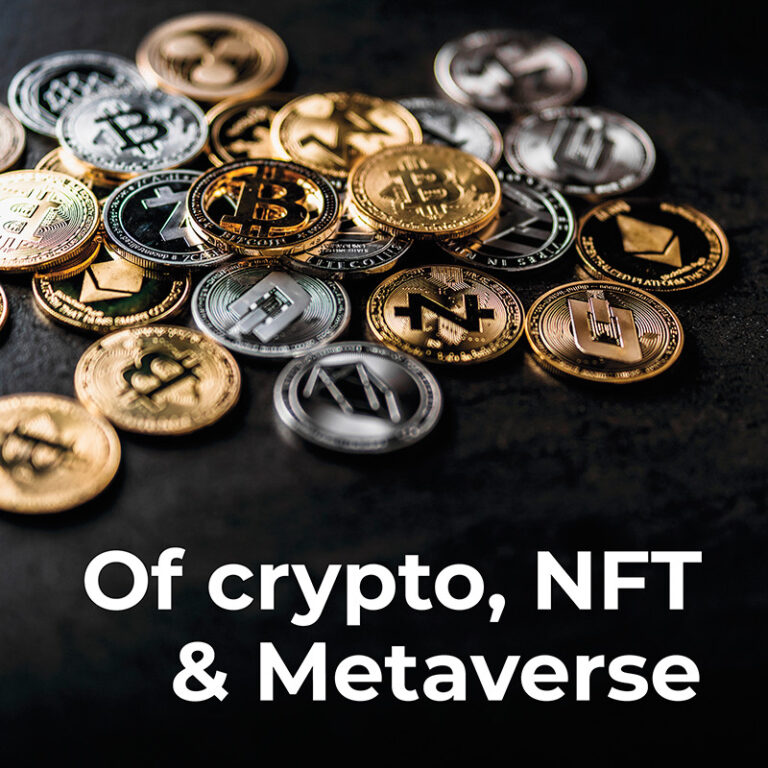 Blockchain-based products are one of the longest-running ‘fads’ in history. Will it stay or fade and how should investors react?

Post-Covid, the fragile global economy is again at a precarious point – exacerbated by the warbetween Russia and Ukraine and its ramifications, in particular damaging sanctions by the US, NATO and its allies against Russia.
The biggest risks flowing from the sa nctions a re inflation and recession even as the US continues its policy of increasing interest rates this year. One of the most, if not the most damaging aspect of the sanctions is the closure of oil pipes from Russia. This has resulted in a global oil shortage which pushed oil prices from USD30 per barrel to a whopping USD 130 per barrel (as at the time of writing).
[ihc-hide-content ihc_mb_type=”show” ihc_mb_who=”1,2,3,4,5,9″ ihc_mb_template=”1″]
Unsurprisingly, high inflation followed (8.5% in US and 7% in UK at the time of writing) as so many of our daily needs depend on stable oil supply such as petrol, fertiliser, etc. With fertilizer prices going up, food supply prices also rose.
The big concern voiced by some billionaires and multimillionaires like Robert Kiyosaki is that rising inflation will “wipe out” 50% of the American population as these people live paycheck to paycheck with many having only USD1,000 in their bank account.

Governments around the world are wrapping their heads around the whole issue but there is one discernible trend – the call for regulation is getting stronger by the day.

“If prices reach USD25 for a can of tuna, that’s when you will see revolution,” he warns in an interview with the highly regarded Stansberry Research. The USD25 is of course just a theorical example but it brings home the point that runaway inflation can hit at any time if things continue as they are.

Other experts have also warned of a looming recession as higher US interest rates bite into living costs amid risingfood and energy prices. Loanborrowers also have to fork out more to service their loans. This is not just happening in the US but across the globe including China and Southeast Asia.
In China, a strict lockdown in Shanghai amid rising Omicron new cases is slowing down its recovery prospect this year. Analysts have almost unanimously described the scenario as a rapidly worsening economy.
If both the biggest economies in the world namely the US and China are facing headwinds, how would this impact the rest of the world?
What should the average investor do under such trying circumstances? Kiyosaki, who incidentally owns gold and oil mines, and who doesn’t own any shares in the stock market, has this to say, “Go for alternatives like gold, silver and cryptocurrency although buying Bitcoin and even Ethereum are a bit at a late stage now.” He recommends Solana which hasn’t quite reached the stratospheric pricing of Bitcoin. But that’s just one rich guy talking. Kiyosaki is known for predicting the bursting of America’s asset bubble namely the property and stock market, and is waiting for the collapse of the US dollar any time soon. Most experts at the moment scoff at the idea of the US stock market bursting or the US dollar collapsing.
Like many independent investors, Kiyosaki doesn’t trust the government’s alternative to cryptocurrency, variously named as CBDC or government digital currency, which he warns allows governments to track your every financial activity.
Most other well-known billionaires have also embraced cryptocurrency; Elon Musk, Jeff Bezos and Bill Gates are in favour of the new digital currencies. Facebook founder Mark Zuckerberg has gone one step further by conceiving the metaverse as an alternative digital world that uses cryptocurrency and where virtual real estate can be traded.
Clearly, the world is at an inflection point when it comes to migrating to digital currency from fiat currency, and total immersion into the metaverse. What’s certain is that this move to digitization can’t be stopped. It is the way to go, whether for good or bad.
Further institutional adoption could spark more investments by people and if you buy cryptocurrency as a long-term store of value, the more “real world” uses it has, the more likely demand and value will increase.
Governments around the world are wrapping their heads around the whole issue but there is one discernible trend – the call for regulation is getting stronger by the day.
Sceptics point out that this is just a fad and cryptocurrencies and all blockchain-based products will eventually fade out just like tulip mania back in the 1630’s. The ‘irrational exuberance’ over cryptocurrency, metaverse and all blockchain-based products will soon die out.
But will it?
Just recently, Singtel, together with UOB and ADDX, have issued a USS100 million, five-year digital Sustainability-Linked Bond (SLB). The digital bonds, or tokenised bonds, are issued using blockchain and smart contract technology in order to eliminate manual processes throughout different stages of the security’s life cycle, including issuance, distribution, custody and post-trade servicing.
So, who’s to say how it will pan out in the future? What do the experts think?
Four experts weigh in;