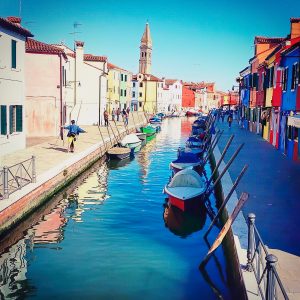 Having graduated from the University of Malaya majoring in languages and linguistics (German), 33-year old Jonathan Tew knew from the start that he wanted to explore the world. And, working as a Malaysia Airlines (MAS) flight steward from 2011 till 2016 afforded just that opportunity.
The journey he underwent was not unlike every other flight crew having to undergo training and drills concerning safety, service delivery, food & beverage plus grooming. This, he explains, is the prerequisite to becoming an ambassador for Malaysia as the flight crew forms the first impression for the world when the passengers step into the national carrier.

Embracing the challenges of his career, Tew was selected, trained and given the title of Wine Ambassador after competing with a crew of 4,000 people. Back then, MAS also launched this self-initiative programme to help the crew to enhance their knowledge in order to serve the passengers onboard better. With this, one of the perks he obtained was the privilege to try over 150 different covered wines and champagne bottles in a day and then, decide with the team, which was the best wines to be chosen to be served to the next season’s First Class and Business Class clientele. He also underwent training at the Colombo “Dilmah School of Tea” workshop and was given the Title of Tea/Coffee Ambassador.

“It was a special experience they put me through in which I gained firsthand experience of how tea leaves are harvested in the Nuwara Eliya region in Sri Lanka.
Besides that, I was also exposed to the tea-making process and witnessed how the tea leaves were rolled and packed to finally be sent all over the world. The final step which ensued was the brewing process before being served in-flight to to guests as the final product.” He also got to spend a week exploring the naturally landscaped Hakgala Botanical Garden.

In addition to this trip, he also got to experience being at the highest tower of Taipei 101 while also taking in the UNESCO geographical sights of Yeliu. Here, he enjoyed the best cuisines ranging from local market noodles and fried rice to other delicious fares.
Working in the airlines industry for five years, shaped his patience and character, during which time he also experienced the after effects of the tragedy of the MH370 and MH17 crisis.

It was at this juncture that the option of becoming an Art Auctioner onboard an international cruise line caught his attention. Undergoing the selection process, he manage to secure the offer. And, after a crash course of learning the accolades afforded to artists and learning how to articulate the art of photorealism plus how to describe abstract sensualism, impressionist and cubism, he was ready to hop on board. And this time, as a seaman.

From Air to Sea: Cruising For Seven Long Days On The high Seas Since March 2016

Joining his first trip from Fort Laudedale to the Caribbean and onward to visit Portugal, Greece, Italy, Barcelona and finally Istanbul, it was challenging knowing nothing about paintings while enduring the roughest sea.

The experience of running Chinese and English auctions onboard to cater for different geographical clientele, offering anything from graphic works from Disney and masterpieces from old masters like Goya, Pablo Picasso and Joan Miro or upcoming artists and new forms like Surrealism, intense-Impressionists or Agamorgraph also added further feathers to his cap of achievements.
This also opened up to him the chance to journey to the most exotic places like the ruins of Athens in Greece, and afforded him even a climb to the peak of Kotor plus the uncanny experience of riding donkeys while navigating the steep cliffs of Santorini.

Visiting Pisa Tower, Barcelona as well as the eastern and western parts of Istanbul, where the famous Hagia Sofia or the Blue Mosque was situated was another one of his experiences.
He was hunted down by the other departments as his fame for holding “always successful and packed events” plus generating some of the ship’s highest recorded sales was evident. As fate would have it, a supervisor on the ship introduced him to a client in the jewellery business. Again, Tew found himself learning all about gemstones and their characteristics from scratch.

“This time was easier, as I just needed to switch the description from the art on the wall to human figures, and figure out how to bring the shine out from the person.
Switching lanes, this is where he first learnt that the world’s rarest stone is called the Alexandrite — comprising a so-called daytime emerald and night-time ruby type of gem, that has the rare colour changing quality named after the Tsar Alexander II. Other stones like the Tanzanite from Mount Kilimanjaro of Africa has the similar purplish blue hue of the Sapphire but is also totally different in terms of character and price.
Tew’s international exposure started as early as the age of 15 when he was selected by the AFS (American Field Service) Malaysia which is a student exchange programme to represent Malaysia to fly to China as an international ambassador. This is where multinational delegates congregate to learn about the cultural differences of each country. There, he got to witness how China prepared for Beijing Olympics 2008. The year 2020 was not friendly for the host of the Olympics, as he travelled and witnessed the sheer magnitude invested by the Japan government for the 2020 Olympic Games in Tokyo which was unfotunately halted due to to the Covid-19 pandemic.
He was later offered a management role as Brand Ambassador onboard the international cruise ship MSC Splendida with his last contract taking him en-route to oriental countries like China, Korea, Hong Kong, Taiwan and Japan to promote luxurious jewellery mainly to Japanese and Chinese-speaking clientele. He found a new ability in implementing marketing strategies such as special events, auctions and seminars.
In retrospect, although many had to practice lockdown due to Covid-19, Tew, on the other hand found 2020 to be a year of exploration of new ways to reconnect with Malaysia. Today, the former world traveller has settled down from the sky and sea to work in the city as a gems consultant at Amee Philips, renowned for the world’s finest gems. And, till the borders open once again and the world returns to what it used to be, Tew will continue to reminisce his previous travels around the world.