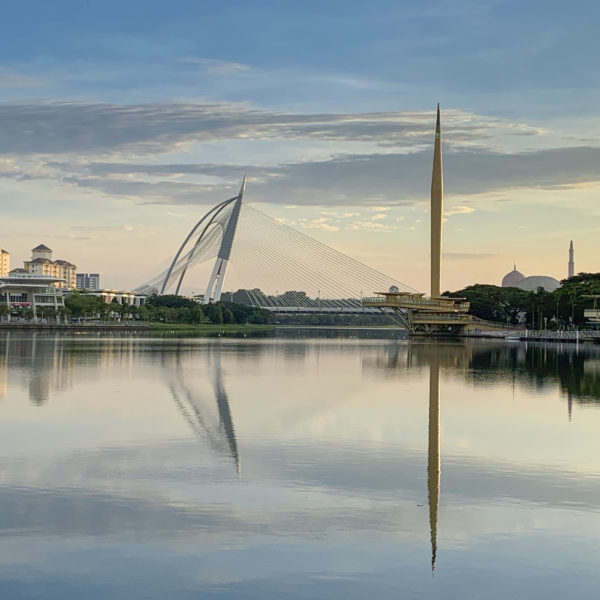 This is a story of hoping against hope – meaning hoping very strongly that something will happen, although you know it is not likely. And what is that hope? An effective, proven and safe vaccine against Coronavirus as soon as practicable; reduction of new Covid-19 cases and deaths; and emergence of green zones around the world.

For as long as a vaccine is not created yet, that’s how long it’s going to take for any meaningful recovery to take place.

The writing seems to be on the wall – on October 1st and 2nd, the number of new Covid-19 cases hit 260 and 287, respectively in Malaysia, a triple digit number which if it continues in the days ahead, would trigger another lockdown or better known in Malaysia as Movement Control Order (MCO).

So far, Malaysia’s recovery from the pandemic has looked very promising indeed – with single digit number of new infections and even zero infection on some days. But if the rest of the world is experiencing a second wave or in some cases, the numbers continue to climb like in the United States, India and Brazil, then our borders will remain closed.

On September 7th, Malaysia officially announced the ban of nationals from 23 countries that have reported more than 150,000 Covid-19 cases. Prior to that, the government has extended the Recovery Movement Control Order (RMCO) to 31st December.

At the same time, the 6-month moratorium on loan repayments will be ending on September 30th with no hint of any extension or stimulus packages to soften the blow.

The brutal truth is that there won’t be any real recovery story until the pandemic is almost over or a proven vaccine is found. Until then, all of us are hoping against hope. Borders will remain closed and our economic recovery will stall as foreign investments into the country slow down.

A few months ago, many thought there will be a rebound in the 4th quarter of 2020. Now that this hope is dashed, they have projected recovery to take place in the 2nd quarter of 2021. But does anyone know what the situation of the world will be in early 2021?

Judging from current global developments, the prognosis does not look good. America and China are flirting with dangerous war games while playing a game of brinkmanship on trade. Instead of globalisation, a buzzword as recent as last year, the world is getting more polarised and insularised.

The United States, United Kingdom, Australia, India and Japan –all major powers in the world stage, are aligned against China, using the origin of the coronavirus as one of the agitating points (as if it matters where it all started especially when the virus keeps mutating), when the core issues are really trade, economic domination and defence.

Within Malaysia, there is talk of a general election around the corner, after the Sabah state election. Traditionally, prior to a general election, the incumbent government will attempt to paint a good picture of the country. But in these extraordinary times, the picture painted can’t be that good, no matter how much ‘photoshopping’ (or statistical manipulation) is done.

An election during these times is only held if forced by circumstances such as which coalition has the support of the majority or to stave off a change of government. This means further uncertainty ahead. The market hates uncertainty meaning a real recovery will be further postponed.

With all these factors in play, some analysts have already moved the recovery period even further till 2022. That means almost 2 years of partial lockdown mode. As long as we are still operating under MCO mode, the general sentiment will remain subdued.

A very good gauge of sentiment is the situation in Mid Valley City in Kuala Lumpur. Since it first opened, car parks have always been full during operating hours and weekends. There are throngs of people shopping, eating and being entertained. Nowadays, it’s very easy to find parking even during peak hours and weekends. Crowds are thin and few are shopping for anything other than groceries. Sales are ongoing in many shops. Surely, this is one of clearest signs of a technical recession. It’s been over two quarters of consecutive negative growth rate, hence we are already in a recession. A recession is generally characterised by a significant decline in activity across the economy lasting longer than a few months.

Furthermore, another rate cut by Bank Negara is rumoured to happen; after several already this year. Such monetary easing is needed to support economic growth in the coming months.

Worse yet to come?

So, here’s how the Malaysian economy will perform in the next 2 years – it will not totally collapse, although expectations are that we are moving towards the bottom, with some industries grinding to a halt and registering negative growth.

Expectations are that many more businesses especially small and medium enterprises from across almost all industries will shut down. This will cause more job losses and hence loss of spending power. Big companies are not spared either as seen by some 5-star hotels ceasing operations.

Almost every sector will suffer except those related to essential sanitary and medical items, groceries and delivery services. Even eateries which appear to be doing well are impacted due to lingering fears.

Although domestic tourism has experienced a spike in bookings since interstate borders reopened, these are mostly weekend and public holiday crowds. Furthermore, they book directly with the airline, hotel or activity operator, or drive themselves, hence completely bypassing tour operators.

Up to 1H 2020, the domestic tourism industry has suffered about RM13 bil losses comprising loss of jobs and source of income, salary deductions, as well as cancellations of hotel and tourism packages.

“Tour operators are struggling with zero income in their businesses and have not had any earnings for the past 6 months and probably in the next several months too,” laments MATTA President Datuk Tan Kok Liang.

“Hence, without any income, how are they expected to service the loans of their vehicles and businesses?” he asked.

Furthermore, the barring of nationals from 23 countries, whatever their status in Malaysia, from entering Malaysia doesn’t exactly give confidence to the rest of the expatriate community and foreigners.

Describing the list of countries as major contributors for inbound arrival into Malaysia, Tan says, “The hope for travel bubbles with some of these countries to boost the restart of tourism has now been dashed. The industry can expect a further prolonging of the situation and will not be surprised that recovery can only happen in the 2nd quarter of 2021,” Tan predicts.

Already, foreign tourist spending has dropped by 70% in 1H 2020 – imagine, how much more it will plunge for as long as the 23-country ban is in force.

Tan is urging the government to extend the loan moratorium by another six months for the travel and tour industry. “Failing which, it would lead to a situation where most of us will be forced to shut down our businesses or we may end up in bankruptcy. This situation will add on to the unemployment and retrenchment of the tourism workforce.”

The retail sector is not faring any better. Its Q2 performance has been described as a ‘bloodbath’ by Retail Group Malaysia (RGM), citing a drop of 30.9% y-o-y. “It’s the worst quarterly result in the history of the nation’s retail industry,” it says, adding that Q3 will also see negative growth rate of -3.4%.

Although expectations are that there will be travel bubbles between ‘green’ zones or countries, it is still very much in the early stages. Negotiations may be protracted due to the many requirements and conditions attached to the travel. Plus a second or subsequent wave is hanging over the entire world like the sword of Damocles.

Amid all that gloom and doom, one real estate player stands out– Juwai IQI is one of the early ones which has cast its eye further to 2022. Citing its new Property Survey and Index Q3 2020, it projects that the real estate industry is poised for recovery in 2022 with 10.6% price growth. This is despite expectations of a fall of -4.8% over the next 12 months. In other words, it’s predicting a V-shaped recovery.

The 344 estate agents polled by them also forecasted a rental drop of 3.8% over the next 12 months before recovering to 7% growth through Q3 2022. Growth, they believe, will be led by local investors especially in Perak, Johor and Sarawak.

The government’s incentives such as Prihatin Rakyat Economic Stimulus Package (Prihatin), Additional Prihatin Small and Medium Enterprises Package, and the National Economic Recovery Plan (Penjana) have helped but is it enough to prevent the economy from going into a potential tailspin in the coming weeks?

Unlike the 344 estate agents who are on the ground and know there is strong underlying demand for property despite virusrelated restrictions, I will not hold out too much promise for 2022. Even if there is some semblance of recovery, mutations of the virus is an ongoing threat that might render potential vaccines useless.

Perhaps only in the 2nd half of 2021 would there be more clarity on the situation. When vaccines begin to reveal their effectiveness (or not) and the infection and death rates show an improvement, then only can we postulate a better recovery pattern – whether it’s an L, U, V or W shape. Then again, just like cancer or AIDS, there might never be a fully effective cure.

One thing is for sure though – there will be a reset of the economy and our way of life. Not because some politicians make that promise but because people’s mindset and expectations have changed.

There will be fewer applications for loans. People will move to cheaper areas or places with cheaper rentals, and nearer to natural surroundings such as jungle, sea or river. People will tighten their belts.

In the meantime, only those with reserves will survive unless the government steps in. Those who have over-extended themselves over the last few years will feel the heat while those who have lost their jobs or closed down their business will find it tough going.

In the final analysis, Malaysia’s much-hoped for recovery depends very much on strong government will – both to control the pandemic and to stimulate the economy – as well as to work towards a semblance of political stability.

Deal with the bears first!

Let’s put aside the morality of whether a property bull run is a good thing for the country. Theoretically, a bull run is possible if certain conditions are fulfilled. Look at America now – despite reports of rising infections and deaths due to Covid-19, and racial riots, it’s about to experience a housing boom especially in certain parts of the country. This is due to a serious shortage of housing, low mortgage rates and pent-up demand, which are causing house prices to rise.

Theoretically, several conditions must exist during the run-up to a bull run:

Not all the above are needed for a bull run. About half suffices. Out of the list of 11 items, how many would apply in Malaysia’s case now?

So, quite clearly, don’t expect a bull run anytime soon although some people think otherwise!

Instead, Malaysia has conditions that favour the bears, at least for a time until the fog clears out.

1. The proposed Residential Tenancy Act acts as a dampener for investment as investors do not like to be restricted in their choice of tenants.
2. Possible restrictive policies for purchase of property by foreigners
3. Continuing political instability
4. Aging society