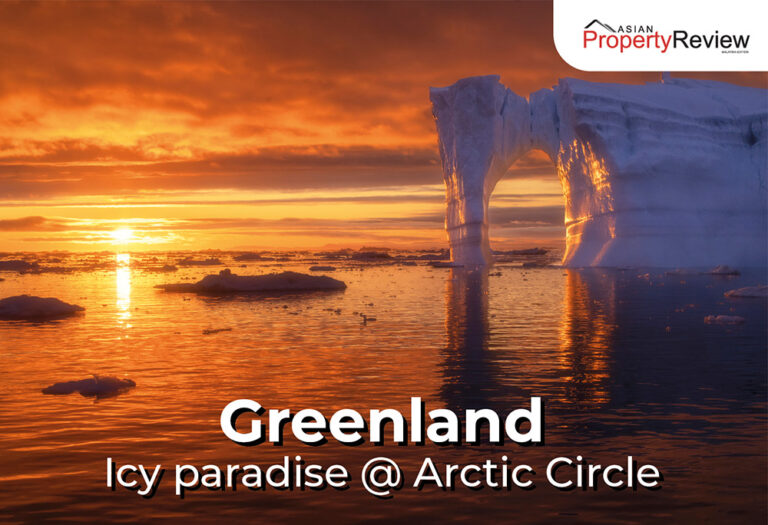 Climate change is a real concern for Greenland. A few of years ago, James Balog did an award-winning documentary called “Chasing Ice”. He has spent three years of his time at Ilulissat Icefjord doing a time lapsed photography at the ice edge of glaciers. It was one of the best evidences of climate change and how it has caused the ice edge to retreat. ‘We are going towards a stage of no return where the ice edge will recede until very little is left,” he said.

Corroborating that, our cruise captain, a German who has migrated to Ilulissa t some 20 ago, revealed that when he first arrived, the whole Disko Bay was frozen over during winter. However, these days most parts of the bay were ice-free.

To see for myself and also to quench my lifelong curiosity of how life is like living above the Arctic Circle, I decided to visit Greenland. Having lived in a tropical country all my life, I was afraid that I could not endure the harsh winter and the polar nights, so I made a trip there in June during the polar days when the sun does not set. I was so mesmerised by its beauty that I made another trip in September the following year. September is considered as late autumn there.

The cruise would not be a good option for those who suffer from seasickness. The bunk beds are narrow, and the bathing facilities are limited.

During my second visit, we booked a lodging house at Ilulissat. It has three standard rooms, two toilets with baths, a well-equipped kitchen, a dining room, a living room, and a balcony with views.

We chartered a local boat to bring us around the bay during the evening for sunset, iceberg watching, whale watching, and visiting a small village. This arrangement was more comfortable than my first experience .

I chose the Disko Bay region as it is the most developed for visitors. The largest town in this region is Ilulissa t. It is situated 250km north of the Arctic Circle.

Its population of about 4,670 people increases to about 7,000 during summer due to an increase in tourist activities. These temporary residents come from various countries such as the Philippines, Russia, Denmark, Norway, and other nearby countries.

Ilulissat is a well-equipped town with a supermarket, many small restaurants, a post office, sport equipment shops, departmental stores, museums, repair shops, and many others. But Internet facilities are expensive. It’s better to buy pre-paid internet cards (each card gives an hour of internet access) at the post office or at some of the restaurants.

Houses in Greenland are brightly painted so that they would be visible during blizzards which often hit these places. The colour of the paint indicates whether they are private or public buildings like schools, clinics, post office, etc.

Fishing and tourism are the main sources of income in this region. Royal Greenland Seafood, a seafood processing company is one of the largest employers here. Most of the processed seafood is for export.

Nothing illusory@ llulissat lcefjord
Ilulissat is famous for its Ilulissat lcefjord, a UNESCO Heritage site. J akobshavn Glacier is the fastest flowing glacier in the Northern Hemisphere. The result is that it produces the most icebergs in the world after Antarctica.

It is a convenient ½-hour walk from the town. One can spend a day walking around the well-laid pathways in this park. The glacier breaking off zone can be seen from vantage points. One can be taken aback by the occasional loud sounds of the ice caving in or breaking from the main glacier.

A visit to Ilulissat is not complete without a cruise to view the icebergs and the surrounding villages around Disko Bay.

Inuit Appeal
Ninety percent of the Greenlanders are Inuits. In my school days, the geography books described the people of Greenland as Eskimos. However, the Eskimo term has been dropped in favour of Inuits.

I had a chance to visit an Inuit family for lunch at Rode Island (pronounced as Ro-de). This small island lies about an hour’s boat ride from Ilulissat. There were only 28 residents living there, down from 100 during its heyday.

It used to be a small whaling and processing station in the early 1900s but has since stopped its operation. Rode Island community was only allowed to catch four whales a year and the whales are still processed on this island.

When we reached the island, the villagers had just processed a whale and were cleaning up the processing area.

She was gracious to host us in her house, a double-storey timber house with insulated layers on the walls, floors, and roof to keep it warm during the cold winters. It has double glazing windows, an outer and an inner door.

The ground floor housed the kitchen, living, and dining rooms. The two bedrooms were on the first floor. The view from this house was simply spectacular. It overlooks the sea with floating icebergs on its way south.

We had a simple lunch of fish soup, baked halibut fish, potatoes, and bread. It was followed by cakes and tea. After lunch, I had a chat with our host. Bertheline, a widow, lives alone in the house as all her children had moved to the capital city of Greenland, Nuuk. They would come back occasionally to visit her.

The government provides electricity and cooking gas but there are no internet facilities. Telecommunication is by means of 3G handphones. There is a post office and a government administration office on this island.

Everyone on the island owns at least a boat. Sanitation is by means of individual septic tanks.

All drinking water and water for washing their clothes had to be harvested from nearby icebergs. Here, no one can boast that their whisky is aged X number of years because the ice (rocks) is older than their whisky by a mile!

Beauty in Isolation
Greenland is vast – visiting the entire island is difficult, time-consuming, and almost impossible in my lifetime. I was quite contented just to have visited the Disko Bay region both during the polar days and in late autumn.

The local economy depended primarily on fishing and lately has diversified to include tourism. A smart move as the cool environment, fresh air, and beautiful scenery are a much needed respite for city dwellers.

It’s great just sipping tea and watching the icebergs floating by from the balcony of the guest house. APR