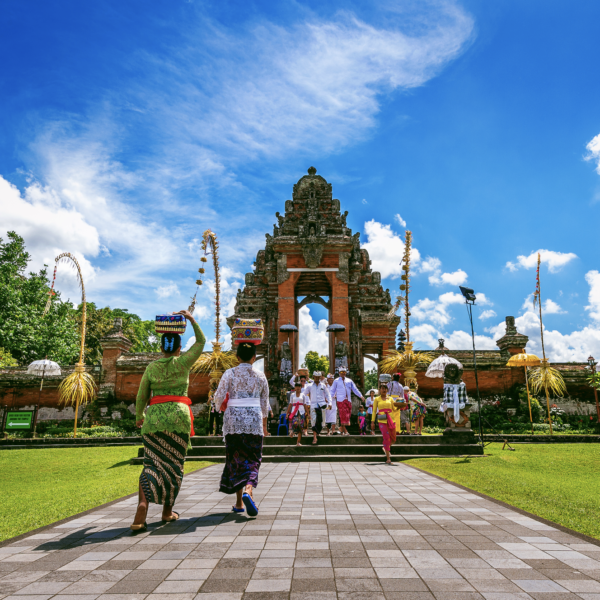 Uneven recoveries across the region delays full recovery in 2021; normalization is targeted by 2024.

With optimism riding high now due to the vaccine rollout, most experts see 2H 2021 as the start of the recovery in domestic tourism with full recovery or normalization taking place from 2022 through to 2024. ‘Revenge tourism’ which is defined as increased travel activities due to pent-up demand, will certainly take place, so will ‘revenge spending’. After over a year of lockdown in its various iterations, people just can’t wait to get out of the house and see the world, whether locally or overseas.
Full recovery in 2024 in the broader economy is a reasonable timeline given the deep structural damage to some sectors of the economy like tourism. Even prior to Covid-19, sectors like the property industry was performing sluggishly.
Given that new variants of the coronavirus keep popping up in various countries, and the efficacy of the various vaccines have not been 100% proven yet, nor global herd immunity achieved, the scenario is very likely to be uneven recoveries across regions, a mid intermittent lockdowns and a growing number of travel bubbles among green zone destinations.
Vaccinations of more than 70% of the population is considered sufficient to lead to herd immunity. Countries expected to achieve that soon are Israel, the US, UK and the United Arab Emirates, which have all started their vaccine rollout in January. Within a few months, the spread has actually slowed down significantly.

The vaccine is certainly not a silver bullet nor a cure-all, but it is the only hope the world has now. Strong proof that the vaccines are not very effective is when Argentina’s President Alberto Fernandez, who has been vaccinated against Covid-19, announced early April that he has tested positive for the coronavirus. But his vaccine was the Russia n Sputnik V, whose efficacy was not as high as those made in America or Europe, according to news reports.
In the coming days, if we have more news of such post-vaccination new infections, the initial optimism might give way to pessimism. If vaccines a re not effective, what else can save the world?
Human beings have a natural tendency to hope for the best – yet few know how to prepare for the worst. Yes, there are survivalists who have stored a few years of supplies in their bunkers, and some ultra- rich have opted to stay in isolated places like parts of New Zealand or island getaways in far flung locations such as the Maldives and Seychelles (both of which a re already open for tourists).

Countries that can’t wait any longer to welcome tourists are Sri Lanka, Greece (opening in June), Ecuador, Nepal, Belize, Thailand (opening in October; Phuket in July), and Indonesia (Batam, Bintan, and Bali) all of which are putting out the red carpet for vaccinated tourists withproof of a negative Covid-19 test; some a re also welcoming non- vaccinated tourists as long as they have proof of a negative Covid-19 test.

Amid the increasing number of border re- openings, is this the right time to invest in property in holiday destinations; and if so, where?

Conventional wisdom suggests investing at the bottom of the market; we are now near or already at the bottom of the market – hence the timing is now until the end of 2021 when revenge tourism is in full swing.
[ihc-hide-content ihc_mb_type=”show” ihc_mb_who=”1,2,3,4,5,9″ ihc_mb_template=”1″]
Where? The countries that have opened up for tourism and those that are considering travel bubbles. But only if they already have good infrastructure and laws in place to accommodate foreign investors.
Country-wise, that would include Singapore, Australia, New Zealand, and yes, even the US, the UK, Japan, Vietnam and Thailand. Even if such country’s city or state has to lockdown every now and then, it’s a temporary thing. Furthermore, digitalization will ensure that the entire purchase process ca n still continue online regardless of border closures.
Destination-wise, tourist islands like Bali, Batam and Bintan; and Phuket, in Asia, hold a lot of promise. These destinations will reap the highest benefit from being the first to reopen. Along with a deluge of tourists and retirees, investments will pour in to take advantage of the early start in business.
Noteworthy also is the fact that countries or destinations that are planning to open up or have already done so, comprise predominantly islands – out of 16 such locations, 13 are island nations or destinations. If you include Taiwan as well which was the first Asian country to allow cruises to operate domestically, that would be 14 out of 16 destinations.
Islands have natural buffers in the form of the sea surrounding it. It takes much more effort and it’s more costly to reach it. It’s also worth pointing out that the earliest countries to potentially reach at least 60% of target population to be vaccinated are three island destinations – Singapore, Hong Kong and Taiwan – by 4Q 2021, according to the Economist Intelligence Unit (see Diagram).

Cruises have surprisingly made a successful comeback after being vilified as super spreader sites of the disease. Singapore so far has emerged as Asia’s cruise leader accounting for one third of the world’s cruises. As of early April, 120,000 Singapore residents had gone on cruises to nowhere since cruises restarted five months ago. It’s even now acknowledged as one of the safest ways to have a holiday.
Taiwan’s domestic cruises started even earlier, more than nine months ago with no incident.As a result, the cruise stigma is practically over. Malaysia is next in line in Asia to resume cruises with sailings scheduled to start from Langkawi on 13th May.
Antarctic cruises— some of the most expensive in the industry—are selling briskly too, especially for this December’s sola r eclipse itineraries. Experts predict a very strong recovery in 2022 following a steady rise in cruises this year.

However, the same cannot be said for air travel. According to McKinsey, air traffic won’t return to 2019 levels until at least 2024, a projection the International Air Transport Association (IATA) agrees with.
More stringent hygiene and safety standards, remote work and flexible working arrangements, as well as higher airfares, have reduced demand for business air travel. McKinsey believes business travel, which lags behind leisure travel, will only likely recover to around 80% of pre-pandemic levels by 2024.

Surprisingly, despite being a laggard in vaccination numbers, Malaysia’s blockchain-based Immunitee Health Passport which keeps a digital record of all vaccinations, will become the first health passport allowing tourists to be accepted into Singapore after being verified digitally, according to reports.
More commonly referred to as ‘vaccine passports’, China, Greece and Israel have already issued them while Japan and South Korea are about to do so. By summer, the European Union expects to issue “digital green certificate”, its own version of a vaccine passport, which can be used within the bloc and nearby countries. ASEAN is still exploring its own version of a digital vaccine certificate while the US has not made any firm decision yet.

In reality, vaccine passports a re a bureaucratic nightmare as there might not be mutual recognition of each individual country’s or bloc’s passport or health certificate. What’s needed is international harmonization and multilateral agreements between all the countries in order to make it work.
This would likely involve international organisations like WHO and IATA to coordinate. In March, IATA has trialled its IATA Travel Pass app to manage travel health verification. Successful trials will prove that such travel passes are practical and manageable thus facilitating smoother international flights, IATA hopes.
WHO however has recently stated it does not back requiring vaccination passports for travel. This is because there is still uncertainty over whether inoculation prevents transmission of the virus, as well as possible discrimination against those who are unable to get vaccinated.
These travel passes a re either stored in apps, like WeChat,or stored using blockchain technology. They however do not guarantee doing away with quarantine requirements; they just make getting a visa easier. Overall, countries still require negative Covid-19 test results in order to grant entry.

So fa r, there have been only a handful of travel bubbles, notably the reciprocal arrangement between Singapore and Malaysia for business travellers, and recently, between Taiwan and Palau. Potential bubbles last yea r between Singapore and Hong Kong, and Australia and New Zealand, as well as pan-ASEAN for business travel, have been delayed due to spikes in cases and the ensuing lockdowns in those countries.
Discussions have now intensified even as the pandemic drags on. Indonesia is negotiating with Singapore (bubble between Singapore, and Batam and Bintan), China, the UAE, Qa ta r, the Netherlands, India, Malaysia, and Japan. The largest ASEAN country plans to open up Bali to international tourists, in June or July, provided at least two million Balinese are vaccinated by then. After Palau, Taiwan is discussing with Japan, South Korea, Singapore, and Vietnam.

Hong Kong is expected to welcome tourists from selected markets within the next 6 months with the Hong Kong Tourism Board launching ‘Open House Hong Kong’, a marketing campaign designed to revive tourist arrivals.
And the list goes on and on as countries gear up for revenge tourism in the coming months.

At the rate the discussions are going on, expect a number of travel bubbles to be operational by the end of 2021 allowing leisure travel with proof of vaccination. IATA predicts that leisure travel will take off from 2H 2021 with business travel following suit 12 to 18 months later. It also forecasts air traffic would rebound by 50% in 2021 in a best-case scenario.
However, others a re less optimistic, believing that intraregional travel will only start in 2022 with countries still mostly focusing on domestic tourism in 2021. This is partly attributed to higher airfares and the endless Covid-19 tests and SOPs that tourists have to endure in order to travel out of their country.
There is consensus however that Asia-Pacific will emerge as the most robust region for global air traffic. The China market was already No. 1 prior to the pandemic and when air travel resumes, this trend will accelerate. This is in line with Moody’s forecast which sees the Asia-Pacific region continuing to lead global growth despite some logistical hiccups in getting the vaccines.
“The APAC region will be supported in 2H 2021 by increased immunity, and by the emergence of North America and Europe from COVID-19 restrictions. This will drive global consumer and business spending while additional fiscal stimulus in the US will accelerate this trend,” Moody’s says in a statement.
If President Joe Biden’s deadline of July 4 for America to return to normal with the entire American adult population to be inoculated by May 1, comes true, Moody’s projection will indeed hold sway. When that happens, we will indeed be reaching the end of the tunnel starting from 2H 2021.

Sri Lanka: Case study on how to restart tourism

Despite the Economist Intelligence Unit’s prediction that Sri Lanka would only achieve herd immunity in 2025 or after, the country has come up with a “new concept’ that would get around that and allow its tourism industry to restart earlier. Since January 2021, Sri Lanka has reopened with tourists being allowed to travel in “bio bubbles,” or roving semi-isolated groups that let them sightsee without mixing with the local population.
But there are restrictions; the tourists have to:

The plan was first tested in a pilot project with Ukrainian tourists in late December of 2020. As of mid-February, almost 4,000 people had arrived from Germany, Russia, Ukraine and the Middle East (expatriates). Fortunately, there had been no negative incidents. As a result, Sri Lanka is likely to start flights with India soon.
[/ihc-hide-content]