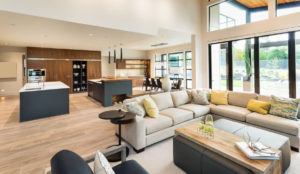 “With so many brands from an ever-widening spectrum of sectors now participating, differentiation, relevance and effective positioning are crucial.”

Branded Residences consultant, Chris Graham predicts one day in the near future, branded residences will feature the following:

28% of Marriott’s residential pipeline are ‘upper upscale’ brands, and Savills latest research reveals that this category now represents 22% of the total global pipeline. Expect to see it to drop another level soon.

♠ Eco-friendly and sustainability credentials will feature much more prominently:

“Sustainability is the new luxury”, said former Mexican president Felipe Calderón recently. There are more and more examples of companies ‘walking the walk’ and not just talking it: e.g. globally renowned for outstanding green credentials, ITC Hotels promotes “Responsible Luxury” on its branded residences in Sri Lanka, Viceroy Residences at the Algarve’s Ombria Resort features “Sustainable Luxury”, and the world’s largest floating solar system has just been installed at a LUX* Maldivian resort.

These are lifestyle villages for the Baby Boomers and GenX segments, many of whom remain highly active. “There is a growing wealthy and ageing global demographic and I would not be surprised to see a move into more branded retirement and senior living residences,” predicts Adam Maclennan at PKF hotelexperts. For example, St. Regis Residences Rye is a gated community with the comforts of a five-star hotel, where at least one person in each household must be 55+.

A relatively new phenomenon, the major hospitality brands are increasingly open to these and several are expanding their pipelines. A key reason is the challenge and cost of securing space (and planning) adjacent to their hotels in prime urban locations.

Mirroring the expansion of global wealth that has multiplied the number of HNWIs since the millennium, the growth of branded residences has been exponential, not only in terms of quantity but also locations and brands. It has been driven by wide-ranging and proven benefits for developers, brands/operators and purchasers – described as an unusual “win-win-win” scenario.

This astonishing growth over the past two decades is not expected to slow down in the foreseeable future:

♠ The sector has grown nearly threefold (198%) in the last decade.

“Branding real estate creates an aspirational model that reflects the prestige and kudos associated with a brand, facilitating standout in an increasingly competitive marketplace in which consumer expectations continually rise,” explains Chris Graham in his latest report on Branded Residences.

“However, with so many brands from an ever-widening spectrum of sectors now participating, differentiation, relevance and effective positioning are crucial.”

To illustrate this, he highlights how market participants have expanded well beyond traditional hotel brands, spanning a wide variety of sectors that is predicted to broaden even further:

♠ Automotive: Examples include Aston Martin Residences and Porsche Design Tower in Miami, and the Bugatti Villas and Tonino Lamborghini Residences in Dubai.

♠ Restaurants, such as Nobu and Hard Rock.

♠ Media / entertainment companies including Paramount, Walt Disney and Fashion TV, and publisher Condé Nast recently announced that it is entering the market with branded residences linked to its high-end titles.

“As the branded model progressively becomes the norm rather than the exception in many destinations,” comments Graham, “it is crucial to ensure that today’s buyer understands how one brand will benefit his or her lifestyle and investment ambitions over another – not least to justify the price premium which, on average, adds around one-third over comparable unbranded units.”

Many experts agree. “In an increasingly congested market, the winning brands will be those that can seamlessly manage the residential experience for both the developer and the downstream homeowner,” observes Muriel Muirden, Managing Director of Strategy at WATG. “To stand out from the crowd, brand differentiation tactics and strategies will need to be employed that have strong buyer resonance. We see this as the most vital challenge for the sector going forward.”