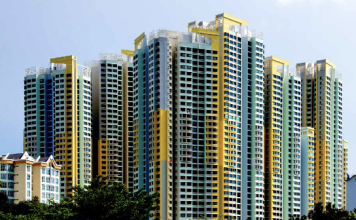 Affordable Housing Is A Solution Around The Corner?

I was once quoted as saying that affordable housing is an oxymoron. An oxymoron is defined as a figure of speech pairing two words together that are opposing and/or contradictory to each other.
The term affordable housing also seems to fit the bill in this instance. For how do you sell a home to someone with no visible savings or not having an established credit rating? Housing to them will always be unaffordable – hence the reference to it being an oxymoron.
Today, we live in a society that is grappling with a large sector of the population that is referred to as the B40’s.
The income classification is now outdated as we learn that the B40 has now been categorised as the B50 segment of the population. Indeed, the bottom group now represents 50% of the population. And what’s more, with the pandemic raging on, there is talk of an emerging B60 category. Scary stuff indeed!
[rml_read_more]
What we have done as a nation is to define what affordable housing means by tying it to a range of housing prices that relate to household incomes.

The concept of affordability does not enter the debate as most B40’s have minimal savings and 60% of loan applicants can’t even qualify for a housing loan due to poor credit scores. To compound the problem further, developers who wish to build affordable homes find themselves in a bind as 60% of the sales they thought they secured are being rejected by the banks. And so, they end up in having severe cash flow problems.
Recently, the “Better Malaysia Foundation” announced the launch of a new social enterprise programme with one goal – to assist the Government to address the home ownership aspirations of low-income Malaysians which is namely the B40 households. To summarise, they are appealing to the government to lend its support to the following two key proposals:
1. Banks and financial institutions to provide 100% financing to B40 house buyers with two-generation home loans of between 40 to 60 years duration so that loan repayments are affordable and;
2. The Government to guarantee home loans provided by banks to B40 housebuyers. With the Government’s guarantee in place, all home loan applications should be approved by the banks. Developers will then rush to start building their affordable housing units according to this quotas.

The demand is there as there is anywhere between 10,000 – 60,000 applications for every affordable housing scheme launched. The government needs the political will to facilitate the purchase of affordable homes as described above. This I believe is a much cheaper and sustainable approach. State governments should also step up to the plate and work with developers by providing state land for such projects, speed up approvals, waive or lower all fees relating to the development or at least collect them upon completion of the homes and before code compliance certificates are issued.
It is important to note that this issue is currently being hotly debated on social media and I hope that the government will move to implement this initiative in the upcoming 2022 Budget.
* Opinions expressed here are those of the contributor and are accurate at the time of print.