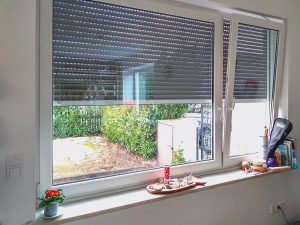 After having lived in Singapore, the UK, California and now Munich, Malaysian designpreneur Su-Lin Chee highlights what makes living in Germany unique

1.Tilting windows
Visitors to Germany are often taken aback when they turn their window or door handles to the top and find it falling onto them, worrying they might have broken it! However, fear not! German windows all “kippen”, or tilt, in order to ventilate rooms once a day. The rest of the time, windows are closed air-tight to keep the heat in and noise out. Especially during winter, moisture may condensate on cold glass and cause mould, which is why Germans insist on ventilating for about 10 minutes daily. This is so ingrained into their culture that some rental contracts have this particular consideration written in.
Germans seem to have put their famous engineering predilections into such building accessories and generic plastic windows while double-sheeted glass may be purchased in Do it Yourself (DIY) stores for under €100 (RM489). In Malaysia, we mostly leave the windows open, especially to catch cool morning and evening breezes. During hot days, however, we could benefit from Germany’s air-tight windows to close the house from the heat, dust and noise, even if we are generally less sensitive to external bustle.

[rml_read_more]
2.Roller shutters
Closely related, most German windows have roller shutters over them – something you won’t find in the UK or US. Most times, they are electrically controlled and kind of cool to play with: up, down, up, down. But why do they have it anyway? They do keep the glare and heat out during summer, but Germans generally don’t get huge amounts of sunlight.
Perhaps they provide extra security over windows? But my supplier says they are easily broken into. Are they a privacy screen? Yes, but some homes have curtains, as well as roller shutters! I suspect it’s a historic evolution from wooden swingout louvres and that Germans generally like completely closing off their homes. Once you get used to them though, pressing a button kind of beats pulling curtains.
3.Oven racks which slide out
Perhaps this is a small detail, but ovens in the UK and US don’t slide out and you end up needing to reach in and possibly, burning your hands on the hot sides.
Of course, most Malaysians hardly use ovens except to bake cakes. Even the Spanish jokingly call their hardly-used ovens trouser cabinets. I guess cooking styles in cold countries evolved to use a slow, constant heat source which also heats the house. Once you get used to it, it is often easier than Asian cooking, with its various dishes and chopping. So kudos to Germans for sliding them racks out!

4.Sensor lights
Another home accessory to receive teutonic engineering love is sensor lights. Visitors marvel at them in most staircase landings and corridors so one need not switch lights on walking through the house at night. I dare say they follow you like lit pavements akin to Michael Jackson’s Billie Jean video.
Not to be found in most UK or US homes, it seems rather high-spec in German homes, but is really pretty standard-issue. It’s rather handy when stumbling to the bedroom after your schnapps or whiskey nightcap, or going to the bathroom in the middle of the night, which brings us tidily to the next difference…

5.Lack of attached bathrooms
German homes rarely have attached bathrooms, even in the case of multi-million-Euro homes which often feature one bathroom per floor, shared by two or three bedrooms and accessible via the corridor. I have become used to bathrooms considered somewhat a luxury in the UK (Malaysians homes sometimes have more bathrooms than bedrooms!). But, attached bathrooms are at least more common in the UK than in Germany. Give me an attached bathroom any day, so I don’t run from a steamy bathroom through a drafty corridor to get dressed — something Germans are apparently used to!