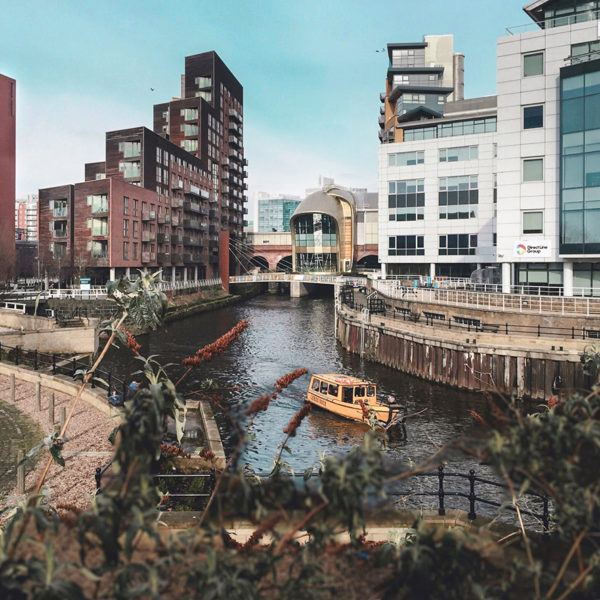 Ditch London; there are cheaper Buy-To-Let (BTL) options in other UK cities.

The rapid spread of the virus has disrupted financial markets around the world. In the property sector, however, the
fallout has not been as damaging as some commentators predicted. In fact, demand among homebuyers has increased, while investors continue to look towards bricks and mortar with great interest.
The UK’s implementation of the stamp duty land tax (SDLT) holiday has evidently played a significant role in sparking life back into the property market after months of lying dormant during the lockdown period between March and July. The holiday means buyers are exempt from paying the tax on the first £500,000 on all properties in England and Northern Ireland. This exemption also applies to buy-to-let (BTL) purchases.
Over recent months, both house prices and transactional activity have been rising sharply. Halifax’s September house price index showed that, even in the midst of the ongoing pandemic, house prices had increased by over 7% year-on- year. Furthermore, a recent survey by the Royal Institute of Charted Surveyors revealed that the UK is now experiencing an 18-year-high in the rate of house price growth.
Prices are growing, and transactions are taking place at an increased rate; yet, evidence suggests that buyers and renters are now seeking properties in different areas and with different qualities.
Firstly, homebuyers and renters are looking for more space from their property. More confined to their homes – including working remotely on a part-time or full-time basis – there has been a marked rise in the number of people seeking properties with additional space, or a spare bedroom, that can be used as a home office. Similarly, people are also eager for properties with outdoor space.
[ihc-hide-content ihc_mb_type=”show” ihc_mb_who=”1,2,3,4,5,9″ ihc_mb_template=”1″]
Statistics released by estate agent Hamptons in September showed that demand from people looking to rent in city locations across Britain is down 23%.
On the other hand, commuter belts and less expensive suburbs are seeing an increase in interest.
The four regions highlighted below all share the qualities of having popular cities for culture and business, and idyllic surrounding areas and trendy suburbs, giving people that much sought-after work-life balance.

CIA Landlord recently claimed that Leeds was the ‘most profitable city to become a landlord in the north of England’. Although not offering the highest rental yields, the combination of low average property values and a strong student population means this city is primed to offer considerable long-term gains for property investors over the coming 12 months.
While the student population provides a healthy stream of prospective tenants, Leeds’ status as a ‘brain gain’ city – shared with only Manchester and London – means that more of these students remain in the city after graduation rather than moving away.
One consequence is that the city hosts the nation’s largest financial services sector outside of the capital, potentially attracting investment from companies eager to move out of their expensive London offices following COVID-19.
Between March 2019 and March 2020, Leeds recorded a house price growth of 3.1%, which outstripped the national average of 1.8%. In terms of rental prices, Rightmove stated in mid-2020 that the average monthly rent in Yorkshire was £625 per calendar month, up 3% year-on-year.

Liverpool is well established as a popular destination for BTL investors, regularly emerging at the top of numerous rankings of UK cities in terms of potential BTL rental yields.
With six universities and colleges – and being a key part of the government’s Northern Powerhouse initiative – more people have been calling Liverpool home over recent years. The Office for National Statistics states there was a 181% rise in the city’s population between 2002 and 2015.
For BTL investors, there are multiple developments to choose from. Five entire neighbourhoods are soon to be completed as part of the Liverpool Waters development, and the Wirral Waters plan will bring both residential and commercial developments alongside 25 miles of the River Mersey.
These developments are being matched with investment into the region’s infrastructure. High- speed rail connections between Leeds, Manchester and Liverpool are due to be finished within half a decade, likely increasing the average property value in these cities upon completion.
The average Liverpool rental yield is around 5%, while the city’s property market also generates an average rental price growth of 2.65%. Savills predicted at the start of 2020 that house prices in the North West would rise by 24% in the next five years, far above the UK average of 15.3%.

Mirroring the desirability of Liverpool and the North West as a BTL hub in general, the neighbouring areas of Manchester and Salford are in high demand among property buyers and renters alike.
Manchester’s vast student population – the University of Manchester is the country’s largest university by student numbers – coupled with the establishment of MediaCityUK in Salford has seen many younger people relocate to the area. Moreover, the data of landlords’ expected returns marks it out as a leading BTL destination.
Referring again to a CIA Landlord study, Salford was found to have an average house price of £173,311, meaning properties are affordable in the area. Further, as average rent prices are in the region of £1,052 per month, it proves to be extremely profitable too. Manchester boasts a higher average house price (£193,681), but equally delivers an
improved average rental income (£1,141).

The capital city of Wales seems primed for impressive property price growth over the next decade.
With a metropolitan area population of over 1.1 mil citizens, predicted to grow an additional 20% by 2035, rental demand in Cardiff is likely to surge in the coming years.
Cardiff hosts a wide range of developments for BTL investors. Cardiff Bay boasts Europe’s largest waterfront development, and the soon-to-be completed £500 millionplus coastal developments look set to push surrounding prices up even further.
Reports often cite Cardiff as an ideal BTL investment locale; especially given the 240% rise in the city’s house prices over the past two decades. According to mortgage broker Private Finance, Cardiff delivers average rental yields of 6%. – FJP Investment
[/ihc-hide-content]